Feyenoord will be visiting Philips Stadion on Sunday for the Eredivisie game with home team PSV Eindhoven.

To see all of our predictions, user poll & stats for PSV Eindhoven v Feyenoord, scroll down - as well as up-to-date odds.

PSV Eindhoven fans will want a repeat of their previous result, being the 1-0 Eredivisie triumph versus RKC Waalwijk.

The only name on the scoresheet from PSV Eindhoven was Cody Gakpo (96').

Fixtures featuring PSV Eindhoven have tended to be engaging affairs lately with high scoring being the norm. Over their past 6 clashes, the sum of 22 goals have gone in for both sides combined (at an average of 3.67 goals per game) with 16 of them belonging to PSV Eindhoven. Regardless, we will just have to wait and see if the trend might be sustained in this next match or not.

A look at their previous results shows us that PSV Eindhoven:

Feyenoord will go into this meeting after a 6-0 Europa League win to defeat Sturm Graz in their last outing.

A very clinical Feyenoord have managed to bag an abundance of goals over their last six encounters (20 to be precise). That’s given them the enviable mean average of 3.33 goals scored per match over this period.

A glance at their most recent head-to-head meetings dating back to 15/12/2019 shows that PSV Eindhoven have won 0 of them and Feyenoord 3, with the tally of drawn games being 3.

A combined sum of 20 goals were shared by the two clubs in this period, with 6 for Rood-witten and 14 for De club aan de Maas. That is an average goals per game value of 3.33.

The previous league meeting featuring these clubs was Eredivisie match day 32 on 08/05/2022 when the final score was Feyenoord 2-2 PSV Eindhoven.

Out of a mainly healthy group, there is only a single fitness problem for the Feyenoord manager Arne Slot to be concerned with. Lutsharel Geertruida (Mononucleosis) misses out for this game.

We envisage that PSV Eindhoven can and should have the majority of the possession and should be able to turn a few of their chances into goals.

However, Feyenoord won’t find it easy to find the back of the net although we do reckon that they could well end up scoring here as well.

Our selection here is for a fairly comfortable 3-1 winning margin for PSV Eindhoven at the end of the match. 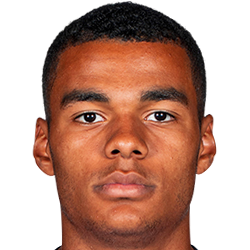 Regularly played in the Left Wing position, Cody Gakpo was born in Eindhoven, Netherlands. After having made a senior debut playing for Jong PSV in the 2016 - 2017 season, the accomplished Forward has bagged 7 league goals in the Eredivisie 2022 - 2023 campaign so far in 6 appearances.

We have made these PSV Eindhoven v Feyenoord predictions for this match preview with the best intentions, but no profits are guaranteed. Please always gamble responsibly, only with money that you can afford to lose. Good luck if you do place a bet today.