Fiorentina will arrive at Stadio Olimpico di Roma on Sunday for the Serie A fixture with home team Lazio.

All Lazio v Fiorentina match predictions, user poll and stats are shown below (including the best match odds).

Lazio, who won their previous game, will hope for a similar result following the 4-0 Serie A victory over AC Milan.

In their preceding six fixtures, Maurizio Sarri's Lazio have seen rewards for their attempts on goal a combined total of 10 times giving them an average number of goals per match of 1.67.

A look at their previous results shows us that Lazio:

Following on from being defeated in their last game at the hands of Torino in Serie A competition, Fiorentina and their fans will hope to get a better result this time.

The stats don’t lie, and Fiorentina have been scored against in 5 of their last 6 matches, with opponents netting 7 goals overall. At the back, Fiorentina have not been doing too well. That pattern isn’t assured to be continued here, of course.

Looking at the pre-match facts, Fiorentina:

Looking over their most recent head-to-head clashes going back to 27/06/2020 shows us that Lazio have won 5 of these games & Fiorentina 1, with the number of drawn games standing at 0.

A total of 16 goals were produced between them in these games, with 12 from i Biancocelesti and 4 coming from La Viola. That’s an average goals per game of 2.67.

The previous league game between these sides was Serie A match day 9 on 10/10/2022 when it ended Fiorentina 0-4 Lazio.

That time, Fiorentina had 62% possession and 24 attempts at goal with 3 of them on target.

Here is a game where Fiorentina may find it difficult to see themselves scoring against this Lazio side who will likely just have the edge.

We therefore see a very even contest with a 1-0 winning margin for Lazio at the end of the 90 minutes. 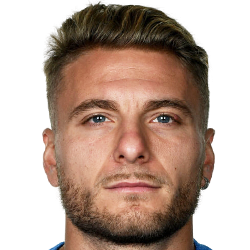 Normally used in the Striker position, Ciro Immobile was born in Torre Annunziata, Italy. Having played his first senior match for Juventus in the 2008 - 2009 season, the skilful Forward has contributed 7 league goals in this Serie A 2022 - 2023 campaign to date from a total of 14 appearances.

We have made these Lazio v Fiorentina predictions for this match preview with the best intentions, but no profits are guaranteed. Please always gamble responsibly, only with money that you can afford to lose. Best of luck.