Return to this page a few days before the scheduled game when this expired prediction will be updated with our full preview and tips for the next match between these teams.
Sassuolo arrive at Stadio Artemio Franchi on Wednesday for the Serie A clash with home team Fiorentina. All Fiorentina v Sassuolo match predictions, user poll and stats are shown below including the latest game odds.

Fiorentina will be looking for an improved result here following a 2-1 Serie A defeat last time out to Lazio.

It’s been all too rare in recent times that Fiorentina have shown defensive steel. It will be a concern for them that La Viola have been scored against in 5 of their previous 6 matches, shipping 7 goals along the way.

Taking a look at their past results, Fiorentina:

In their previous fixture, Sassuolo drew 3-3 in the Serie A match with Hellas Verona.

The numbers tell their own story, and Sassuolo have been scored against in 5 of their last 6 matches, letting opponents get 12 goals overall. At the back, Sassuolo have some weaknesses to address. That pattern isn’t assured to be carried forward into this next game, of course.

Going into this contest, Sassuolo haven’t won away from home in the past 2 matches in the league.

Looking at the statistics for their head to head meetings dating back to 07/05/2017, there has been little between the sides with Fiorentina winning 2 of those games, Sassuolo 2 and 2 being drawn in normal time.

An aggregate of 18 goals were scored between them in this period, with 10 of them for La Viola and 8 belonging to Sassuolo. This gives an average number of goals per game equal to 3.

The last league contest between these clubs was Serie A match day 10 on 30/10/2019 and the score finished Sassuolo 1-2 Fiorentina. On that occasion, Sassuolo managed 54% possession and 6 shots on goal with 3 on target. Their only player on the scoresheet was Jérémie Boga (24'). At the other end, Fiorentina had 15 shots on goal with 6 on target. Gaetano Castrovilli (63') and Nikola Milenković (81') scored. The match was refereed by Maurizio Mariani.

Nearly everyone is up for selection, with just a single fitness concern for the Fiorentina gaffer Giuseppe Iachini to be concerned with from an otherwise fully-primed squad. Christian Kouamé (Cruciate Ligament Rupture) will miss out. The players who will not be able to play in this game through being suspended are Federico Chiesa and Martín Cáceres.

Sassuolo manager Roberto De Zerbi has to choose from a squad that has some fitness concerns. Stefano Turati (Unknown Injury), Jeremy Toljan (Unknown Injury) and Filippo Romagna (Patella rupture) are those who can’t be considered.

We feel that in this game, Sassuolo have the firepower to break down this Fiorentina side, but it may not be enough to avoid a loss. We’re going for a 2-1 victory for Fiorentina at full-time. It should be a decent one.

Both Teams to Score Prediction for Fiorentina vs Sassuolo
Yes 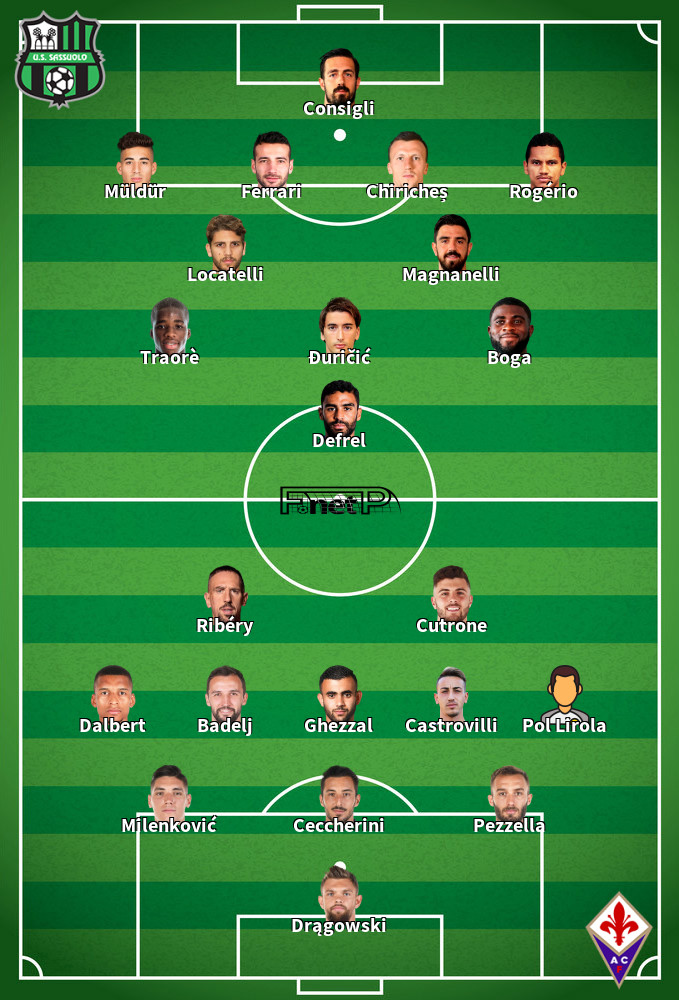 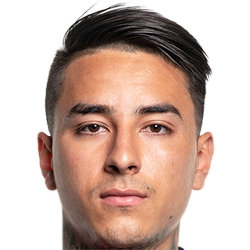 Normally played in the Centre Midfield position, Erick Pulgar was born in Antofagasta, Chile. Having played his first senior match for Bologna in the 2015 - 2016 season, the dangerous Midfielder has got 4 league goals in the Serie A 2019 - 2020 season to date in a total of 26 appearances.

While we have made these predictions for Fiorentina v Sassuolo for this match preview with the best of intentions, no profits are guaranteed. Always gamble responsibly, and with what you can afford to lose. Best of luck.