Forfar Athletic will be the visitors at Forthbank Stadium on Saturday for the League Two game with home side Stirling Albion.

Our Stirling Albion v Forfar Athletic predictions, statistics and match poll can be seen below (plus the best game odds).

Stirling Albion fans will want a repeat of their previous result, being a 3-1 League Two triumph versus Stenhousemuir.

For Stirling Albion, the goalscorers were Ross Davidson (12'), Robert Thomson (25') and Dale Carrick (65'). Will Sewell (19') scored for Stenhousemuir.

Stirling Albion have been conceding pretty frequently recently, but they have also done enough to hit the back of the net themselves. Over their last 6 matches, Stirling Albion have conceded in 6 of them while also scoring in 5 of those matches. We shall soon find out if that trend can be sustained in this game.

Their prior results show that Stirling Albion:

Forfar Athletic go into this clash after a 2-1 League Two win in the defeat of Dumbarton in their most recent fixture.

The only name on the scoresheet from Forfar Athletic was Ben Armour (58', 67'). Ally Love (76') scored for Dumbarton.

Ray McKinnon's Forfar Athletic have seen their efforts on goal rewarded 9 times in the course of their previous six matches. The overall goals that they have conceded during that same period comes to 5.

Their past results show that Forfar Athletic:

Looking at their prior head-to-head clashes stretching back to 22/07/2017 shows us that Stirling Albion have won 4 of these and Forfar Athletic 1, with the tally of drawn matches being 1.

A sum of 15 goals were scored between the two sides in these games, with 10 of them from The Binos and 5 netted by The Loons. This gives an average number of goals per game equal to 2.5.

The match was refereed by Dan McFarlane.

The Stirling Albion boss Darren Young will be grateful to have no fitness concerns at all ahead of this game thanks to a completely injury-free group available to select from.

Owing to a fully healthy squad to pick from, the Forfar Athletic manager Ray McKinnon has no fitness concerns to speak of coming into this match.

Our assessment is that Forfar Athletic should have enough to find the net against this Stirling Albion outfit, but that possibly won’t quite be enough to avoid a loss.

We can see a very close game with a 2-1 winning margin for Stirling Albion by the conclusion of the game. It really should be an interesting one. 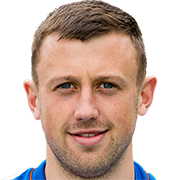 Mostly playing in the Striker position, Dale Carrick was born in Scotland. Having played his first senior match for Hearts in the 2012 - 2013 season, the accomplished Forward has contributed 11 league goals in the League Two 2022 - 2023 season to date from a total of 18 appearances.

While we have made these predictions for Stirling Albion v Forfar Athletic for this match preview with the best of intentions, no profits are guaranteed. Always gamble responsibly, and with what you can afford to lose. Best of luck with your selections.