Fortaleza play host to away side Palmeiras at Estádio Governador Plácido Castelo in the Serie A fixture on Saturday.

View all Fortaleza v Palmeiras tips, stats and our pre-match poll below (plus the best game odds).

Fortaleza won’t want a repeat of their last result here following a 0-4 Serie A defeat last time out to Ceará.

Fortaleza have been quite ineffective in attack of late. Their sum of goals equals just 3 vs opposing sides during the course of their last 6 matches. In those meetings, Fortaleza have also seen the number of goals that have gone against them total 13. Still, it remains to be seen if that pattern might continue on in this upcoming match.

Coming into this fixture, Fortaleza have not won at home in their last 2 league matches.

Since a losing effort in their last game against São Paulo in Serie A action, Palmeiras and their travelling fans will hope for a better result here.

Throughout their 6 most recent matches, Abel Ferreira's Palmeiras have had reason to celebrate scoring 12 times - yielding them a goals scored per game average of 2.

Looking over their most recent head to head meetings stretching back to 08/11/2006 shows us that Fortaleza have won 2 of these & Palmeiras 4, with the tally of drawn matches standing at 0.

In all, 18 goals were scored between the two sides in this period, with 5 of them from Fortaleza and 13 coming from Verdão. That is an average goals per game value of 3.

The last league fixture featuring these sides was Serie A match day 15 on 08/08/2021 which ended up with the score at Palmeiras 2-3 Fortaleza.

In that game, Palmeiras managed 62% possession and 20 attempts at goal with 2 on target. The scorer was Willian (34').

The Fortaleza manager Juan Vojvoda has a full complement, with no fitness worries to speak of coming into this game with a fully healthy group available to choose from.

With a completely healthy squad to choose from, the Palmeiras boss Abel Ferreira has zero fitness concerns at all ahead of this match.

In our opinion, Palmeiras and Fortaleza are probably both going to find scoring goals difficult here.

Let’s see how this one goes, but it looks this could be a game with minimal goal-scoring opportunities. With that in mind, we reckon that it will be a close game with a 0-0 draw at the end of this game. 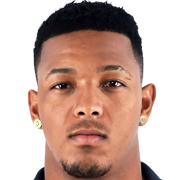 Normally deployed in the Left Wing position, David was born in Vitória, Brazil. After having played his first senior match for Vitoria in the 2016 season, the dangerous Forward has contributed 5 league goals in the Série A 2021 campaign to date in 27 appearances.

While we have made these predictions for Fortaleza v Palmeiras for this match preview with the best of intentions, no profits are guaranteed. Always gamble responsibly, and with what you can afford to lose. Best of luck with your selections.