Freiburg will be the visitors at The Volkswagen Arena on Saturday for the Bundesliga 1 game with home side VfL Wolfsburg.

Our predictions, user poll and statistics for VfL Wolfsburg v Freiburg can be found here - as well as up-to-date odds.

VfL Wolfsburg are hoping to win again following a 1-2 Bundesliga 1 triumph vs Hoffenheim.

In that match, VfL Wolfsburg had 40% possession and 6 attempts on goal with 3 of them on target. The scorer for VfL Wolfsburg was Ridle Baku (56'). On the other side, 1899 Hoffenheim had 22 attempts at goal with 8 on target. Christoph Baumgartner (42') and Ozan Kabak (45' Own goal) scored for Hoffenheim.

Their latest results reveal that much respect should be given to the VfL Wolfsburg backline. VfL Wolfsburg have kept it tight, resulting in the total number of goals that have gone in at their end during their previous 6 outings standing at 4. That trend isn’t assured to be carried forward into this next game, however.

Looking at their past form shows that VfL Wolfsburg:

Freiburg go into this meeting following a 4-1 Bundesliga 1 win as they beat Union Berlin in their most recent match.

In that game, Freiburg had 73% possession and 7 shots at goal with 5 on target. For Freiburg, the goalscorers were Vincenzo Grifo (4', 6', 20') and Michael Gregoritsch (45'). At the other end, Union Berlin had 4 attempts at goal with 2 on target. Sven Michel (84') scored for Union Berlin.

In their last half-dozen clashes, Freiburg have helped themselves to a total of 11 goals. Freiburg have also scored on each one of those occasions. Over that period, their defenders have seen 6 goals scored by their opponents.

A glance at their prior head-to-head meetings stretching back to 07/12/2019 shows that VfL Wolfsburg have won 1 of them & Freiburg 3, with the tally of drawn results being 2.

A sum of 17 goals were produced between them during those clashes, with 8 from Wolfsburg and 9 netted by Freiburg. That is an average goals per game value of 2.83.

The last league match between the two was Bundesliga 1 match day 26 on 12/03/2022 and the score finished Freiburg 3-2 VfL Wolfsburg.

On that occasion, Freiburg managed 41% possession and 15 attempts on goal with 8 of them on target. Goals were scored by Vincenzo Grifo (7', 44') and Nico Schlotterbeck (87').

For their opponents, VfL Wolfsburg got 12 shots on goal with 5 on target. Max Kruse (52') and Maximilian Arnold (84') scored.

We’re inclined to think that Freiburg and VfL Wolfsburg are both capable of scoring here.

It could well end in a draw. That’s why our selection here is for a very close game with a 1-1 score draw at the end of the 90 minutes. 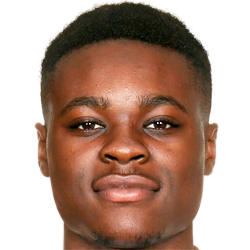 Generally played in the Centre Midfield position, Ridle Baku was born in Mainz, Germany. After having played his first senior match for Mainz in the 2017 - 2018 season, the accomplished Midfielder has managed to score 3 league goals in this Bundesliga 2022 - 2023 campaign to date coming from a total of 15 appearances.

We have made these VfL Wolfsburg v Freiburg predictions for this match preview with the best intentions, but no profits are guaranteed. Please always gamble responsibly, only with money that you can afford to lose. We wish you the best of luck.