Nagoya Grampus will visit Panasonic Stadium Suita on Saturday for the J1 League fixture with home side Gamba Osaka.

All of our predictions, stats and the user poll for Gamba Osaka v Nagoya Grampus are shown below - as well as up-to-date odds.

Gamba Osaka will be looking for a repeat result of the 2-3 J1 League triumph vs Oita Trinita.

Gamba Osaka haven’t had any problems with scoring, hitting the target every time they’ve gone out to play in their last 6 matches.

They have managed to rack up 9 during that period while also conceding a total of 9. Such a pattern isn’t assured to be carried forward here, however.

In their previous fixture, Nagoya Grampus drew 1-1 in the J1 League tie with Vegalta Sendai.

Massimo Ficcadenti's Nagoya Grampus have seen their efforts on goal rewarded a total of 6 times throughout their latest 6 matches. The aggregate of goals that have been scored against them during those matches equals 7.

Heading into this fixture, Nagoya Grampus are without an away win for the past 3 league games.

Looking over their most recent head-to-head meetings stretching back to 05/08/2018 shows that Gamba Osaka have won 1 of these games & Nagoya Grampus 3, with the number of drawn results standing at 2.

The last league clash featuring these sides was J1 League match day 11 on 22/04/2021 when it ended Nagoya Grampus 2-0 Gamba Osaka.

In that match, Nagoya Grampus had 37% possession and 13 attempts on goal with 5 of them on target. The goals were scored by Ryogo Yamasaki (29') and Yuki Soma (55').

On the other side, Gamba Osaka had 12 attempts at goal with 1 on target.

The Gamba Osaka manager Masanobu Matsunami has no fitness concerns whatsoever before this clash thanks to a completely injury-free group available to choose from.

Due to a fully healthy squad to pick from, the Nagoya Grampus boss Massimo Ficcadenti doesn’t have any fitness concerns whatsoever ahead of this clash.

We’re thinking that Gamba Osaka may not find it easy to breach the defence of this Nagoya Grampus lineup who we think might end up scoring and staying ahead.

We’ve gone for a very even contest with a 0-1 winning margin for Nagoya Grampus after 90 minutes. 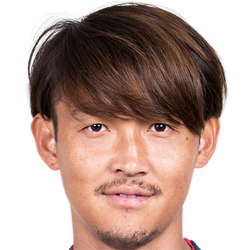 Typically played in the Left Wing position, Takashi Usami was born in Nagaokakyō, Japan. After having played his first senior match for Gamba Osaka in the 2009 season, the dangerous Forward has scored a sum of 5 league goals in this J1 League 2021 season so far coming from a total of 35 appearances.

While we have made these predictions for Gamba Osaka v Nagoya Grampus for this match preview with the best of intentions, no profits are guaranteed. Always gamble responsibly, and with what you can afford to lose. Best of luck.