Gamba Osaka will take to the pitch with the visiting Sanfrecce Hiroshima at Panasonic Stadium Suita in the J1 League fixture on Wednesday.

To see all of our predictions, user poll & stats for Gamba Osaka v Sanfrecce Hiroshima, scroll down - as well as up-to-date odds.

Gamba Osaka will be looking for an improved result here after a 1-0 J1 League losing effort in their last game against Consadole Sapporo.

It’s not been often in recent games that Gamba Osaka have shown defensive steel. In fact, Gamba Osaka have failed to prevent opponents from scoring in 5 of their previous 6 matches, leaking 11 goals during that time. Let’s see if that trend can be sustained here.

Going into this contest, Gamba Osaka have not emerged victorious against Sanfrecce Hiroshima in their last 2 matches in the league.

Sanfrecce Hiroshima will go into the clash following a 1-3 J1 League win in the defeat of Avispa Fukuoka in their most recent fixture.

A sequence of hard-working displays from the Sanfrecce Hiroshima defenders has resulted in their ‘goals against’ tally standing at 4 from their previous 6 outings in total. Over that same period of time, their own attack force has managed to score 13.

Ahead of this meeting, Sanfrecce Hiroshima have not been beaten in their last 5 league matches away from home.

Checking out their prior head to head duels dating back to 06/04/2019, there has been little to separate the clubs with Gamba Osaka winning 2 of those games, Sanfrecce Hiroshima 2 and 2 being draws after 90 minutes of play.

A combined sum of 12 goals were scored between them in this period, with 5 from Gamba Osaka and 7 coming from Sanfrecce. That’s an average goals per game of 2.

The previous league fixture between these clubs was J1 League match day 20 on 12/05/2021 when it finished Gamba Osaka 1-2 Sanfrecce Hiroshima.

That time, Gamba Osaka had 63% possession and 7 attempts on goal with 3 of them on target. The scorer was Kazunari Ichimi (44').

For their opponents, Sanfrecce Hiroshima had 11 attempts on goal with 4 on target. Sho Sasaki (36') and Hayao Kawabe (65') scored.

Sanfrecce Hiroshima manager Michael Skibbe has a number of players out of action. Ezequiel (Ankle Injury) and Shun Ayukawa (Metatarsal Fracture) are not able to play. Gakuto Notsuda cannot play in this game through suspension.

We’re inclined to think that Gamba Osaka will need to put in a solid display to see themselves scoring against this Sanfrecce Hiroshima outfit who we think will get the win and a maybe even keep a clean sheet as well.

With that in mind, we reckon that it will be a very even match with a 0-1 victory for Sanfrecce Hiroshima at the end of the 90. 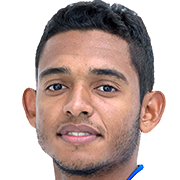 Typically taking up the Central Defensive Midfielder position, Dawhan was born in Aracaju, Brazil. Having made his senior debut playing for CSA in the 2019 season, the skilful Midfielder has managed to score 3 league goals in this J1 League 2022 campaign so far coming from a total of 11 appearances.

While we have made these predictions for Gamba Osaka v Sanfrecce Hiroshima for this match preview with the best of intentions, no profits are guaranteed. Always gamble responsibly, and with what you can afford to lose. Best of luck with your selections.