The League One tie at MEMS Priestfield Stadium on Sunday will see home side Gillingham take on Plymouth Argyle.

Scroll down to see all of the predictions, poll and statistics for Gillingham v Plymouth Argyle (inc. the best betting odds).

Gillingham enter this fixture after a 1-1 League One stalemate vs Burton Albion.

The only scorer from Gillingham was Jordan Graham (37'). Ryan Broom (90') scored for Burton Albion.

Steve Evans's Gillingham have managed to score a sum total of 7 times in their last half-dozen outings. At the other end, the tally of goals that have been scored against them in those same games amounts to 10.

Following on from tasting defeat last time out to Sunderland in League One competition, Plymouth Argyle and their fans will hope to get a better result this time.

Illustrating their predisposition for action-packed encounters, goals have been scored 22 times in the last six matches in which Plymouth Argyle have taken to the field, making it a mean average of 3.67 goals per clash. Opposing teams have got 19 of those goals. Such a trend isn’t assured to be carried forward into this game, though.

Coming into this fixture, Plymouth Argyle have not won away from home in their last 9 league matches. Very poor, indeed.

If we look at their past head to head meetings stretching back to 11/08/2015, there has been little to separate the clubs with Gillingham winning 3 of those games, Plymouth Argyle 3 and 0 being drawn in normal time.

The previous league clash featuring these sides was League One match day 22 on 02/01/2021 when the final score was Plymouth Argyle 1-0 Gillingham.

Gillingham boss Steve Evans doesn’t have any fitness worries to speak of ahead of this match thanks to a completely injury-free squad available to select from.

Thanks to a largely healthy squad, there’s just the sole fitness problem for the Plymouth Argyle boss Ryan Lowe to contend with. George Cooper (Knee Injury) won’t be playing here.

Our feeling is that Plymouth Argyle will likely be able to get a goal against this Gillingham team, but it isn’t expected to be enough to avoid defeat.

We’re predicting a very close game with a 2-1 winning margin for Gillingham at the end of this one. Looking forward to seeing how this one unfolds. 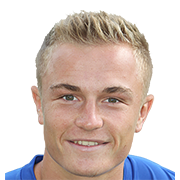 Usually played in the Centre Midfield position, Kyle Dempsey was born in Whitehaven, England. After making a first senior appearance for Carlisle United in the 2013 - 2014 season, the accomplished Midfielder has scored 8 league goals in the League One 2020 - 2021 season to date in 39 appearances.

While we have made these predictions for Gillingham v Plymouth Argyle for this match preview with the best of intentions, no profits are guaranteed. Always gamble responsibly, and with what you can afford to lose.