İstanbul Başakşehir arrive at Çotanak Stadyumu on Sunday for the Super Lig showdown with home side Giresunspor.

Giresunspor go into this match following on from a 1-1 Super Lig draw against İstanbul Başakşehir.

Hakan Keleş's Giresunspor have found the net 7 times over their prior six outings. Conversely, the tally of goals that they have conceded in that same time amounts to 5.

Going into this encounter, Giresunspor are unbeaten in their previous 5 league matches at home.

A series of reliable showings from the İstanbul Başakşehir defence has resulted in the number of goals they’ve conceded amounting to 3 from their past 6 fixtures overall. In that time, their forwards have scored 10. It will be interesting to find out if that trend will end up being continued on in this game.

The previous league fixture featuring these sides was Super Lig match day 18 on 21/12/2021 and the score finished İstanbul Başakşehir 3-1 Giresunspor.

For their opponents, Giresunspor had 6 attempts at goal with 2 of them on target. Mamadou Diarra (28') scored.

Regarding absentees, there’s just one fitness concern for the Giresunspor manager Hakan Keleş to be concerned with from of an almost fully healthy group. Arda Kilic (Cruciate Ligament Rupture) is out of contention. The players who will not be able to play in this game through being suspended are Sergio, Shapi Suleymanov and Alexis Pérez.

With a completely injury-free group to choose from, the İstanbul Başakşehir boss Emre Belözoğlu has zero fitness concerns whatsoever before this clash.

We believe that Giresunspor will have to play well to hit the back of the net against this İstanbul Başakşehir side who we reckon will just have the edge.

We therefore think that it’s going to be a very competitive encounter with a 0-1 winning score for İstanbul Başakşehir after 90 minutes. 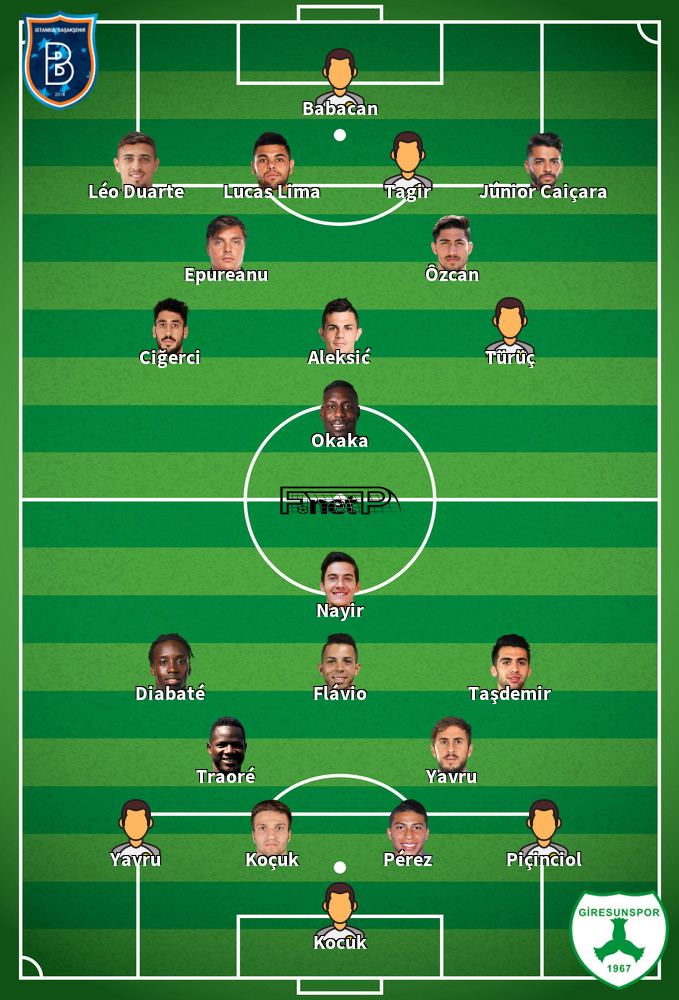 Usually played in the Central Attacking Midfielder position, Chiquinho was born in Santo Tirso, Portugal. After making a first senior appearance for Lokomotiva Zagreb in the 2016 - 2017 season, the accomplished Midfielder has contributed 4 league goals in this Süper Lig 2021 - 2022 season so far in 12 appearances.

We have made these Giresunspor v İstanbul Başakşehir predictions for this match preview with the best intentions, but no profits are guaranteed. Please always gamble responsibly, only with money that you can afford to lose. Good luck if you do place a bet today.