Montpellier will face off against visiting side Bordeaux at Stade de la Mosson in the Ligue 1 match on Wednesday.

Scroll down to see all of the predictions, poll and statistics for Montpellier v Girondins de Bordeaux - as well as up-to-date odds.

Montpellier go into this fixture following a 1-1 Ligue 1 drawn game vs ESTAC.

It’s been a rare occasion in recent games where Montpellier have shown defensive steel. It will be a concern for them that Montpellier have failed to prevent opponents from scoring in 5 of their previous 6 games, leaking 10 goals during that time. We will have to see whether or not that trend will be sustained in this game.

Looking at the pre-match facts, Montpellier:

Bordeaux will go into this clash after a 1-2 Ligue 1 win with the defeat of St Etienne in their previous outing.

Proving their penchant for action-packed encounters, we’ve had goals 20 times in the prior 6 games in which Girondins de Bordeaux have played, yielding an average of 3.33 goals per fixture. Their opponents have hit 13 from this total.

Coming into this clash, Girondins de Bordeaux have not beaten Montpellier when having played them away from home in the previous 2 league matches.

Inspecting their past head to head clashes going back to 15/04/2018 shows that Montpellier have won 4 of them & Bordeaux 1, with the number of drawn matches standing at 1.

A total of 17 goals were produced between them in this period, with 11 for La Paillade and 6 being from Les Girondins. That’s an average goals per game figure of 2.83.

The last league meeting between these clubs was Ligue 1 match day 30 on 21/03/2021 when it finished Montpellier 3-1 Girondins de Bordeaux.

Girondins de Bordeaux got 13 attempts at goal with 3 on target. Ui-Jo Hwang (28') scored.

Looking at personnel, there is just a single fitness concern for the Montpellier manager Olivier Dall’Oglio to be concerned with thanks to an almost full-strength group. Pedro Mendes (Cruciate Ligament Rupture) misses out.

In our opinion, Girondins de Bordeaux are likely to score a goal against this Montpellier team, but it possibly won’t be as many as they’ll concede.

We’re predicting a tight encounter finishing with a 2-1 victory for Montpellier after the 90. Should be a good one. 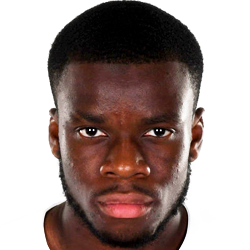 Usually taking up the Striker position, Stephy Mavididi was born in Derby, England. After making a first senior appearance for Charlton Athletic in the 2016 - 2017 season, the goalscoring Forward has managed 2 league goals in this Ligue 1 2021 - 2022 campaign to date in 5 appearances.

We have made these Montpellier v Girondins de Bordeaux predictions for this match preview with the best intentions, but no profits are guaranteed. Please always gamble responsibly, only with money that you can afford to lose. Best of luck with your selections.