Palmeiras visit Estádio Hailé Pinheiro on Sunday for the Serie A clash with home team Goias.

View all of the Goias v Palmeiras predictions, poll and stats below - plus the latest match odds.

Goias will be looking for an improved result here after a 0-1 Serie A defeat last time out to Atletico PR.

Goias have been quite ineffective in attack in recent times. Their sum of goals equals just 3 vs opponents during their previous 6 outings. In those meetings, Verdão have also seen the tally of goals scored against them total 7. That kind of pattern won’t necessarily follow through into this next game, of course.

Leading up to this clash, Goias:

Previously, Palmeiras drew 2-2 in the Copa do Brasil match with Ceará.

A sequence of reliable showings from the Palmeiras defensive unit has resulted in their ‘goals against’ tally amounting to 2 from their previous 6 fixtures combined. In that period of time, their own forwards have managed to score 12.

Ahead of this meeting, Palmeiras are undefeated in their previous 2 away league matches.

A look at their most recent head-to-head meetings dating back to 21/09/2014 tells us that Goias have won 3 of these games & Palmeiras 2, with the number of drawn games being 1.

An aggregate of 19 goals were scored between the two sides in this period, with 11 for Verdão and 8 netted by Verdão. That’s an average goals per game of 3.17.

The last league game between these clubs was Serie A match day 3 on 16/08/2020 which ended up with the score at Palmeiras 1-1 Goias.

On that occasion, Palmeiras managed 66% possession and 12 shots at goal with 3 on target. Their only player to score was Gustavo Gómez (18').

Goias boss Ney Franco doesn’t have any fitness worries to speak of ahead of this game thanks to a fully injury-free squad available for selection.

Palmeiras boss Abel Ferreira has not got a full squad to pick from. Matías Viña (Corona virus), Gabriel Menino (Corona virus), Wesley (Meniscal Injury) and Felipe Melo (Ankle Injury) are those who can’t be considered.

Our feeling is that Goias must be fancied to get a goal against this Palmeiras team, however a single goal probably won’t quite be enough to avoid defeat.

Our tip is for a narrow 1-2 win for Palmeiras after 90 minutes. We are expecting it to be pretty even. 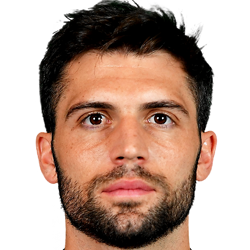 Mostly played in the Centre Midfield position, Daniel Bessa was born in São Paulo, Brazil. Having played his first senior match for Vicenza in the 2012 - 2013 season, the skilful Midfielder has managed 2 league goals in this Série A 2020 season so far coming from a total of 13 appearances.

While we have made these predictions for Goias v Palmeiras for this match preview with the best of intentions, no profits are guaranteed. Always gamble responsibly, and with what you can afford to lose. Good luck if you do place a bet today.