Raków Częstochowa will be the visitors at Stadion im. Ernesta Pohla on Sunday for the Ekstraklasa game with hosts Górnik Zabrze.

All of our predictions, stats and the user poll for Górnik Zabrze v Raków Częstochowa are shown below - as well as the best betting odds.

Górnik Zabrze, who won their previous game, will hope for a similar result following the 0-3 Ekstraklasa victory vs Radomiak Radom.

Matches with Górnik Zabrze have often been lively ones recently with a lot of goalmouth action expected. Over their past 6 clashes alone, the sum of 26 goals have been scored for both sides combined (at an average of 4.33 goals per game) with 14 of those coming from Górnik Zabrze. We shall soon see if that trend will end up being continued on into this next match.

Raków Częstochowa come into this match following a 0-2 Conference League Qualifiers win vs Spartak Trnava in their previous match.

The only name on the scoresheet from Raków Częstochowa was Ivi López (30', 45').

A tendency of at least one team drawing a blank in games featuring Raków Częstochowa has become fairly consistent in recent matches. Checking on their last six meetings reveals that it has happened 5 times. During those clashes, opposing sides have hit a goal aggregate of 2 while Raków Częstochowa have scored 15.

Coming into this clash, Raków Częstochowa remain undefeated by Górnik Zabrze when they've played them away from home in the last 2 league matches.

If we look at their past head to head meetings going back to 14/12/2019, it’s been all-even between these two clubs with Górnik Zabrze winning 2 of those games, Raków Częstochowa 2 and 2 being drawn in normal time.

In all, 17 goals were shared by the two clubs during those clashes, with 9 of them from Trójkolorowi and 8 created by Raków. That’s an average goals per game figure of 2.83.

The previous league contest between these sides was Ekstraklasa match day 22 on 20/02/2022 when the final score was Górnik Zabrze 1-1 Raków Częstochowa.

That day, Górnik Zabrze managed 44% possession and 13 attempts on goal with 4 of them on target. Their only player on the scoresheet was Piotr Krawczyk (4').

Raków Częstochowa got 16 shots at goal with 7 of them on target. Ivi López (45') scored.

There aren’t many selection issues, with just the lone fitness concern for the Górnik Zabrze boss Bartosch Gaul to be concerned about thanks to an otherwise robust group. Alex Sobczyk (Unknown Injury) is out of contention.

With a completely injury-free group ready to go, the Raków Częstochowa manager Marek Papszun does not have any fitness worries whatsoever ahead of this clash.

We think that Górnik Zabrze might have a difficult job to get anything against this Raków Częstochowa lineup who should be able to get on the scoresheet themselves in a winning performance.

Our tip is therefore for a hard-fought 0-1 winning margin for Raków Częstochowa at the end of the 90. 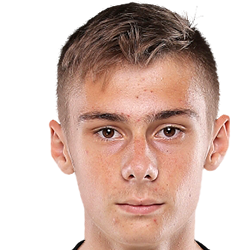 Mostly deployed in the Striker position, Szymon Włodarczyk was born in Wałbrzych, Poland. Having made a first senior appearance for Legia Warsaw in the 2019 - 2020 season, the goalscoring Forward has managed to score 2 league goals in this Ekstraklasa 2022 - 2023 season so far from a total of 2 appearances.

While we have made these predictions for Górnik Zabrze v Raków Częstochowa for this match preview with the best of intentions, no profits are guaranteed. Always gamble responsibly, and with what you can afford to lose. Best of luck.