Queen Of The South vs Greenock Morton Prediction & Betting Tips

Return to this page a few days before the scheduled game when this expired prediction will be updated with our full preview and tips for the next match between these teams.
Over/Under 2.5 Goals Prediction for Queen Of The South vs Greenock Morton
Under 2.5

A look at their previous results shows us that Queen Of The South: 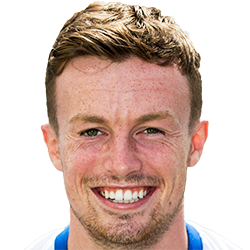 Customarily played in the Striker position, Gary Oliver was born in Scotland. After making a first senior appearance for Hearts in the 2013 - 2014 season, the talented Forward has managed to score 3 league goals in the Championship 2019 - 2020 season so far coming from a total of 16 appearances.

While we have made these predictions for Queen Of The South v Greenock Morton for this match preview with the best of intentions, no profits are guaranteed. Always gamble responsibly, and with what you can afford to lose. Best of luck.