Return to this page a few days before the scheduled game when this expired prediction will be updated with our full preview and tips for the next match between these teams.
Full-Time Result Prediction for Grimsby Town vs Morecambe
Grimsby Town to Win
Grimsby Town face off with guests Morecambe at Blundell Park in this League Two fixture on Saturday.

For this match, we think that Morecambe have it in them to put a goal past this Grimsby Town lineup, however it is unlikely to be enough to avoid a loss. We think that it’s going to be both teams to score in a 2-1 victory for Grimsby Town when all is said and done. We’ll have to see what happens. All Grimsby Town v Morecambe match predictions, user poll and stats are shown below - along with the latest match odds. 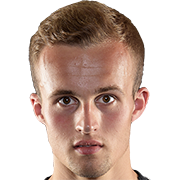 Regularly taking to the field in the Striker position, Charles Vernam was born in London, England. After making a first senior appearance for Coventry City in the 2016 - 2017 season, the accomplished Forward has struck 3 league goals in this League Two 2019 - 2020 season to date in 20 appearances.

We have made these Grimsby Town v Morecambe predictions for this match preview with the best intentions, but no profits are guaranteed. Please always gamble responsibly, only with money that you can afford to lose. Good luck!