The Allsvenskan match at Olympia on Monday will see home side Helsingborgs IF facing opposition in the form of IFK Norrköping.

To see all of our predictions, user poll & stats for Helsingborgs IF v IFK Norrköping, scroll down (inc. the best betting odds).

Helsingborgs IF enter this match following on from a 2-2 Allsvenskan drawn game vs Djurgårdens IF.

It has been a rare occasion in recent times where Helsingborgs IF have managed to hold out for a full 90 minutes. In fact, Helsingborgs IF have seen their defence breached in 5 of their previous 6 clashes, letting in 7 goals during that time. Even so, we will just have to wait and see if that pattern shall be maintained here in this match.

Leading up to this clash, Helsingborgs IF:

IFK Norrköping will go into the encounter after a 2-0 Allsvenskan win vs IFK Värnamo in their previous outing.

Looking at their form, and IFK Norrköping have been scored against in 5 of their last 6 matches, seeing opposing sides hit 6 goals in total. At the back, IFK Norrköping seem to have a bit of a soft underbelly.

Heading into this contest, IFK Norrköping have not emerged victorious against Helsingborgs IF when they've played them away from home in the last 2 league matches.

Looking over their past head to head clashes stretching back to 18/09/2016 shows us that Helsingborgs IF have won 3 of them & IFK Norrköping 2, with the tally of drawn games being 1.

The last league clash featuring the two was Allsvenskan match day 30 on 06/12/2020 and the score finished IFK Norrköping 3-4 Helsingborgs IF.

On that occasion, IFK Norrköping managed 56% possession and 22 attempts on goal with 10 on target. The scorers were Jonathan Levi (7'), Christoffer Nyman (12') and Sead Hakšabanović (24').

Due to a mostly available group, there’s just a single fitness issue for the IFK Norrköping manager Rikard Norling to be concerned with. Kristoffer Khazeni (Ill) won’t be playing here.

When taking everything into account, Helsingborgs IF will have a tough ask to breach the defence of this IFK Norrköping lineup who we think will get the vital goal that wins it.

Our tip is therefore for a very even contest with a 0-1 winning score for IFK Norrköping at the end of the 90 minutes. 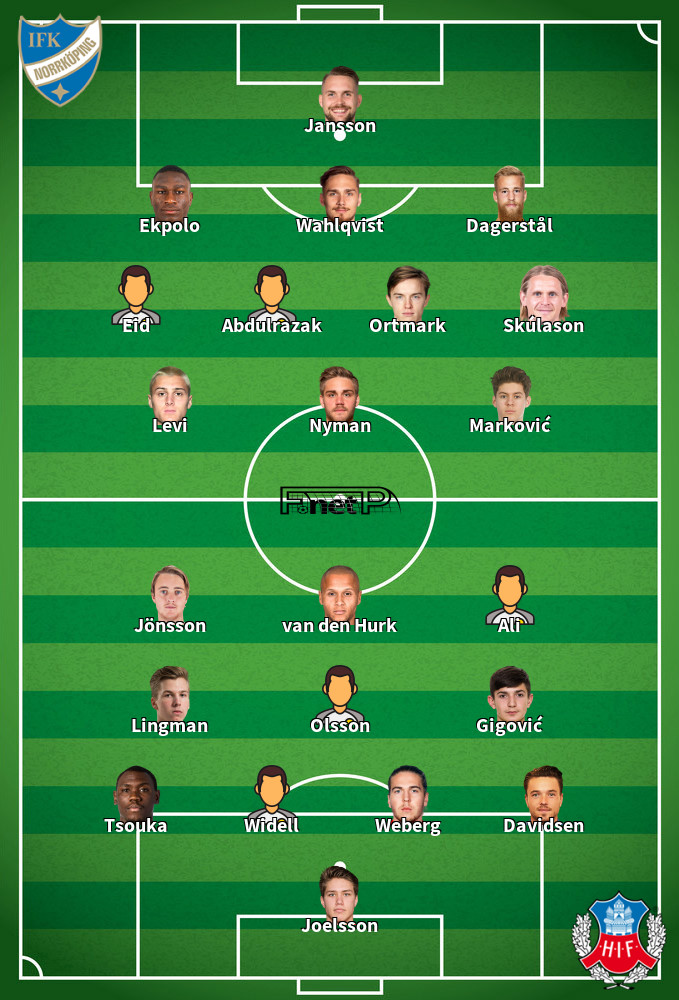 Mostly played in the Right Wing position, Taha Abdi Ali was born in Sweden. After having played his first senior match for Örebro SK in the 2021 season, the skilful Forward has contributed 3 league goals in this Allsvenskan 2022 campaign to date in a total of 7 appearances.

We have made these Helsingborgs IF v IFK Norrköping predictions for this match preview with the best intentions, but no profits are guaranteed. Please always gamble responsibly, only with money that you can afford to lose. Good luck with your selections.