Heracles Almelo take on away team FC Oss at Erve Asito in this Eerste Divisie tie on Saturday.

Our Heracles Almelo v FC Oss tips, poll and stats can be seen in full below (including the best match odds).

Heracles Almelo fans will want a repeat of their previous result, being the 5-1 Eerste Divisie success against NAC Breda.

Coming into this fixture, Heracles Almelo have not been beaten in their last 7 home league matches.

FC Oss will come into the encounter after a 2-1 Eerste Divisie win with the defeat of Jong AZ in their most recent match.

Looking at their form, and FC Oss have been scored against in 5 of their last 6 matches, seeing their opponents hit 12 goals in total. In defence, FC Oss can certainly do much better. While that may be of interest, time will tell whether that trend might continue on in this next match.

Going into this encounter, FC Oss are without a win away from home in their last 2 league games.

Looking at past results between these clubs going back to 15/11/2002 tells us that these encounters have been a source of anguish for FC Oss. They have not managed to get any wins whatsoever while Heracles Almelo have just been stronger than them, beating them in 67% of those ties.

18 goals were yielded between them during those clashes, with 13 of them from Heraclieden and 5 for TOP Oss. The average number of goals per game works out to 3.

There aren’t many selection issues, with just the sole fitness concern for the Heracles Almelo boss John Lammers to be concerned about due to a largely intact group. Robin Polley (Metatarsal Fracture) is out of contention.

Due to a mostly healthy group of players, there’s just the lone fitness issue for the FC Oss gaffer Kristof Aelbrecht to be concerned about. Justin Mathieu (Unknown Injury) won’t be in action.

In this match, FC Oss should have enough to find the net against this Heracles Almelo outfit, but that possibly won’t prevent them from conceding a couple at the other end.

We’re going for a tight encounter finishing with a 2-1 victory for Heracles Almelo when all is said and done. Looking forward to seeing how this one unfolds. 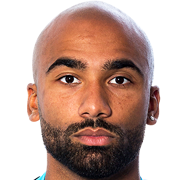 Customarily taking to the field in the Striker position, Samuel Armenteros was born in Gothenburg, Sweden. Having made his senior debut playing for Heracles Almelo in the 2009 - 2010 season, the goalscoring Forward has managed to score 6 league goals in the Eerste Divisie 2022 - 2023 campaign so far from a total of 14 appearances.

While we have made these predictions for Heracles Almelo v FC Oss for this match preview with the best of intentions, no profits are guaranteed. Always gamble responsibly, and with what you can afford to lose.