Helsinki IFK will host visiting team SJK at Bolt Arena in the Veikkausliiga meeting on Saturday.

Helsinki IFK will be wanting a better result here after a 2-0 Veikkausliiga defeat last time out to FC Inter Turku.

An interesting trait of recent Helsinki IFK games is the number of results with a nil in them.

From their previous six clashes before this one, in as many as 6 of them a wager on "Both Teams to Score" would have lost. Let’s see whether or not that trend will be continued on here.

SJK head into the game after a 2-3 Veikkausliiga win over HJK in their previous game.

Demonstrating their predisposition for action-packed encounters, the back of the net has been hit 22 times in the previous six games in which SJK have played, yielding an average of 3.67 goals each meeting. Opposition teams have got 12 of those goals.

Looking at their past head to head clashes stretching back to 18/06/2019 shows us that Helsinki IFK have won 4 of them & SJK 1, with the tally of draws being 1.

A sum of 14 goals were shared by the two clubs in these games, with 9 from Tähtirinnat and 5 belonging to SJK. That’s an average goals per game of 2.33.

The previous league encounter between the two was Veikkausliiga match day 18 on 07/09/2021 and the score finished Helsinki IFK 1-0 SJK.

On that occasion, Helsinki IFK had 52% possession and 10 shots at goal with 3 on target. Their only player to score was Kei Kamara (44').

SJK got 7 shots at goal with 0 of them on target.

The match was refereed by Pietu Niinimäki.

Regarding absentees, there’s just a single fitness concern for the Helsinki IFK gaffer Joaquín Gómez to be concerned about from of an almost fully healthy squad. Sakari Tukiainen (Knee Injury) will miss out.

Thanks to a fully healthy squad available for selection, the SJK boss Jani Honkavaara has no fitness concerns whatsoever coming into this clash.

We’re envisaging that Helsinki IFK will need to push hard to breach the defence of this SJK team who should do enough to score at the other end and edge ahead.

We therefore think that it’s going to be a very even match with a 0-1 winning margin for SJK at the end of the 90 minutes. 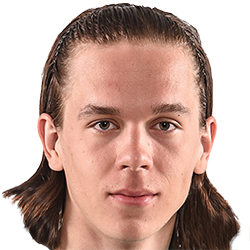 Customarily playing in the Centre Midfield position, Keaton Isaksson was born in Sipoo, Finland. After making a first senior appearance for Helsinki IFK in the 2015 season, the accomplished Midfielder has got 3 league goals in the Veikkausliiga 2021 season so far in 21 appearances.

We have made these Helsinki IFK v SJK predictions for this match preview with the best intentions, but no profits are guaranteed. Please always gamble responsibly, only with money that you can afford to lose. Best of luck with your selections.