TPS Turku journey to Bolt Arena on Thursday for the Veikkausliiga clash with home side HJK.

View all HJK v TPS Turku tips, stats and our pre-match poll below - as well as the best betting odds.

HJK head into this game coming off the back of a 0-0 Veikkausliiga stalemate against FC Honka.

Fixtures with HJK have tended to be entertaining encounters lately with plenty of scoring being the norm. Over their past 6 games alone, the sum of 20 goals have been recorded for both sides combined (at an average of 3.33 goals per game) with 14 of those belonging to Klubi. We shall soon find out whether or not that trend will be continued on here.

The only scorer from TPS Turku was Santeri Haarala (46'). Mikko Viitikko (83') was the scorer for FC Lahti.

Over the course of their last six clashes, TPS Turku have amassed the sum of 7 goals. Tepsi have also managed to score in every single one of those games. During those fixtures, they’ve seen 8 goals go against them.

Looking at past results between these clubs going back to 23/06/2014 shows that these fixtures have not been happy ones for TPS Turku. They’ve not managed to get themselves any victories whatsoever while HJK have been dominant against them, getting wins in 100% of those matches.

20 goals were produced between them throughout the course of those matches, with 18 of them for Klubi and 2 being from Tepsi. That’s an average goals per game of 3.33.

The last league contest between the two was Veikkausliiga match day 5 on 22/07/2020 when it finished TPS Turku 0-2 HJK.

HJK boss Toni Koskela has no fitness worries to speak of before this clash with a fully injury-free group available to select from.

With a fully injury-free group to choose from, TPS Turku manager Jonatan Johannson does not have any fitness concerns to speak of ahead of this game.

We envisage that TPS Turku have enough to put a goal past this HJK lineup, but it realistically won’t prevent them from conceding a couple at the other end.

We think that it’s going to be both teams to score in a 2-1 winning score for HJK after the 90. There looks to be little in this one. 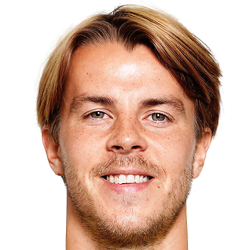 Typically taking up the Striker position, Roope Riski was born in Askainen, Finland. Having played his first senior match for TPS Turku in the 2010 season, the goalscoring Forward has managed to score 10 league goals in the Veikkausliiga 2020 campaign so far from a total of 14 appearances.

We have made these HJK v TPS Turku predictions for this match preview with the best intentions, but no profits are guaranteed. Please always gamble responsibly, only with money that you can afford to lose. Best of luck.