The Championship fixture at Deepdale on Saturday will see hosts Preston North End ready themselves for the visit of Hull City.

Preston North End head into this game after a 0-0 Championship stalemate against Wigan Athletic.

In that game, Preston North End managed 49% possession and 12 attempts at goal with 2 on target. Wigan Athletic had 20 shots on goal with 5 of them on target.

Hull City will go into this meeting after a 2-1 Championship win vs Bristol City in their previous match.

Coming into this meeting, Hull City are without a win away from home in their last 2 matches in the league.

A glance at their prior head to head meetings dating back to 26/12/2018 shows that Preston North End have won 2 of these and Hull City 3, with the number of draws standing at 1.

A combined total of 20 goals were scored between them in this period, with 7 for The Lilywhites and 13 for The Tigers. That’s an average goals per game figure of 3.33.

Nearly everyone is up for selection, with just a single fitness concern for the Preston North End boss Ryan Lowe to contend with from an otherwise fully-primed squad. Matthew Olosunde (Groin Injury) won’t play. Ched Evans is ineligible for this match because of suspension.

From a largely healthy squad, there’s just the sole fitness problem for the Hull City manager Shota Arveladze to be concerned with. Billy Chadwick (Cruciate Ligament Injury) misses out for this game.

In our opinion, Hull City will have a tough ask to score goals against this Preston North End lineup who we reckon should end up scoring and staying ahead.

We’ve gone for a hard-fought contest, finishing with a 1-0 winning score for Preston North End at the end of the match. 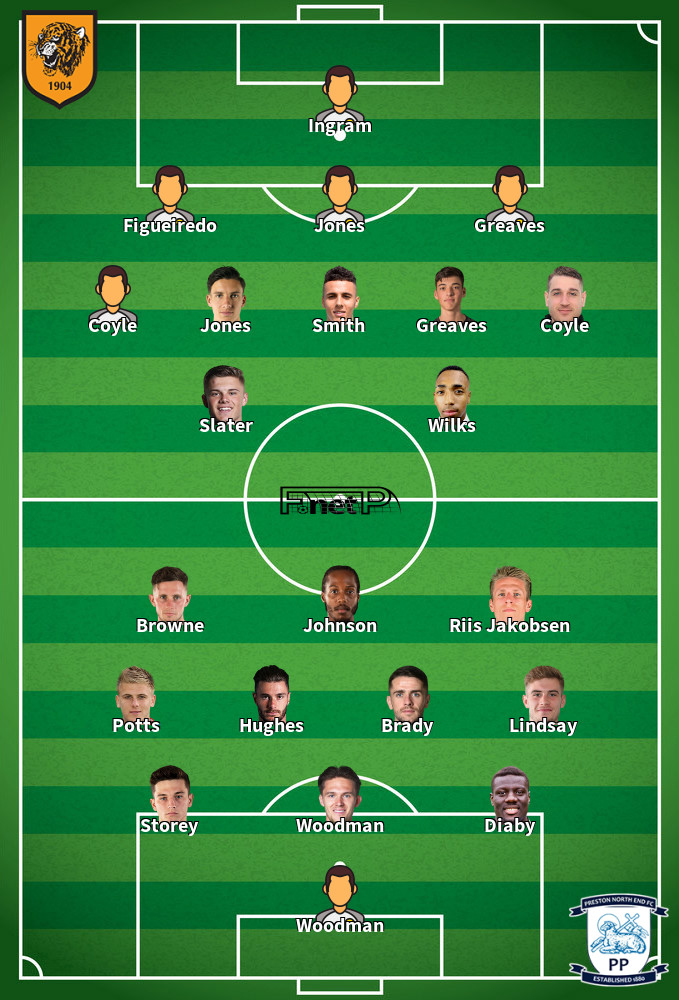 While we have made these predictions for Preston North End v Hull City for this match preview with the best of intentions, no profits are guaranteed. Always gamble responsibly, and with what you can afford to lose. Best of luck with your selections.