The IF Elfsborg v Varbergs BoIS live stream video is set for 25/06/2022. Football fans can watch this match on a live streaming service if this match is featured in the schedule referenced above. Here we show useful information for watching this Allsvenskan game that includes the most recent team form, h2h meetings and our game views.

To view this match via other methods, check tv listings relating to your place of residence. These broadcasting rights are typically granted on a per-competition/league or even single match basis. For fixtures shown live on regional television programmes, check the listings on the likes of BT Sport, Amazon Prime Video, Sky Sports, Now TV, iTV, Canal+, Fox Soccer, ESPN depending on where you are.

When the abovementioned broadcaster is providing IF Elfsborg v Varbergs BoIS football live streaming coverage, you can view it on a mobile (iPhone, Android including OnePlus) and PC plus tablet (eg iPad, Acer ACTAB).

Post-game, we may also provide a link to match highlights from time to time. We aren’t responsible for the transmission of any match video content linked to from here. All legal complaints must be dealt with via the hosters/owners of this content.

Full predictions, pre-match stats and user poll for IF Elfsborg v Varbergs BoIS are shown on this page - as well as the best betting odds.

IF Elfsborg prepare for this game after a 2-2 Allsvenskan draw against IFK Norrköping.

Fixtures with IF Elfsborg have tended to be exciting ones lately with high scoring being a common characteristic. Over their past 6 clashes alone, a total of 20 goals have been scored for both teams combined (at an average of 3.33 goals per game) with 14 of these coming from IF Elfsborg. That kind of trend won’t necessarily be carried forward here, of course.

Coming into this clash, IF Elfsborg are unbeaten in their last 4 home league matches.

Since tasting defeat last time out to Djurgårdens IF in Allsvenskan competition, Varbergs BoIS and their travelling supporters will be hoping that they can get a better result in this one.

Going into this contest, Varbergs BoIS are without an away win for the past 4 league matches.

The last league clash featuring these sides was Allsvenskan match day 27 on 06/11/2021 and the score finished IF Elfsborg 0-0 Varbergs BoIS.

In that match, IF Elfsborg managed 64% possession and 14 shots on goal with 2 on target.

At the other end, Varbergs BoIS had 11 shots at goal with 6 of them on target.

There aren’t many personnel worries, with just one fitness concern for the IF Elfsborg manager Jimmy Thelin to be concerned about from an otherwise complete group of players. Viktor Widell (Cruciate Ligament Injury) is sidelined.

Due to a fully injury-free squad available to choose from, the Varbergs BoIS boss Joakim Persson doesn’t have any fitness concerns at all ahead of this game.

We’re inclined to think that IF Elfsborg will most probably be able to create a good number of chances & successful shots on target.

Conversely, Varbergs BoIS could well find it tough to get shooting opportunities but we can see them scoring.

Our selection here is for a 3-1 winning score for IF Elfsborg when all’s said and done. 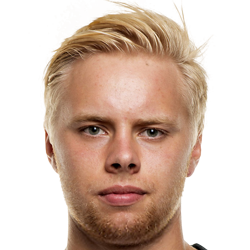 Generally played in the Striker position, Sveinn Aron Guðjohnsen was born in Reykjavík, Iceland. Having made a first senior appearance for Spezia in the 2018 - 2019 season, the skilful Forward has bagged 3 league goals in this Allsvenskan 2022 season so far in a total of 10 appearances.

We have made these IF Elfsborg v Varbergs BoIS predictions for this match preview with the best intentions, but no profits are guaranteed. Please always gamble responsibly, only with money that you can afford to lose. Good luck if you do place a bet today.

⚽️ Where can I see the predictions for other Allsvenskan games?

You can see all of our next (and previous) Allsvenskan predictions & previews here.