The Philadelphia Union v Inter Miami live stream video is scheduled for 19/05/2022. Soccer fans can watch this match on a live streaming service if this match is included in the schedule mentioned above. Here we provide helpful information for watching this MLS match including the most recent guide to form, head to head meetings and our match tips.

To watch the game via other sources, search for TV channel schedules relating to your locality. Such broadcasting rights are typically allocated on a per-competition/league or even single fixture basis. For matches shown live on regional tv programmes, check the listings on channels including BT Sport, Amazon Prime Video, Sky Sports, Now TV, iTV, Canal+, Fox Soccer, ESPN depending on where you are.

When the abovementioned broadcaster does broadcast a Philadelphia Union v Inter Miami football live streaming service, you’ll be able to see it on mobile devices (iPhone, Android including Motorola) and desktop as well as tablet (eg iPad, Samsung Galaxy Tab).

After the match finishes, we might also provide a link to the match highlights from time to time. We aren’t responsible for transmitting any game video content linked to from this site. All legal issues must be directed to the hosters/owners of this content.

To see all of our predictions, user poll & stats for Philadelphia Union v Inter Miami, scroll down - along with the latest match odds.

Philadelphia Union will play in this game following on from a 1-1 MLS tied result against New York Red Bulls.

In their previous game, Inter Miami drew 2-2 in the MLS tie with D.C. United.

Throughout their 6 previous matches, Phil Neville's Inter Miami have slotted home a total of 7 times therefore giving them the goals per game average of 1.17.

The last league contest between these clubs was MLS match day 19 on 25/07/2021 when it finished Inter Miami 1-1 Philadelphia Union.

In that match, Inter Miami had 54% possession and 15 shots on goal with 6 on target. Their only player on the scoresheet was Robbie Robinson (71').

Philadelphia Union had 10 attempts at goal with 3 on target. Kacper Przybyłko (85') scored.

The referee was Joe Dickerson.

The Philadelphia Union boss Jim Curtin will be grateful to have no fitness worries whatsoever ahead of this match owing to a completely healthy squad ready to go.

Due to a mostly healthy group, there’s only the lone fitness worry for the Inter Miami boss Phil Neville to be concerned with. Ian Fray (Cruciate Ligament Injury) misses out for this game.

We envisage that Philadelphia Union will likely score more than once when they face Inter Miami, who may well find it hard finding the net themselves.

We therefore think that it’s going to be a 2-0 winning margin for Philadelphia Union come full-time. 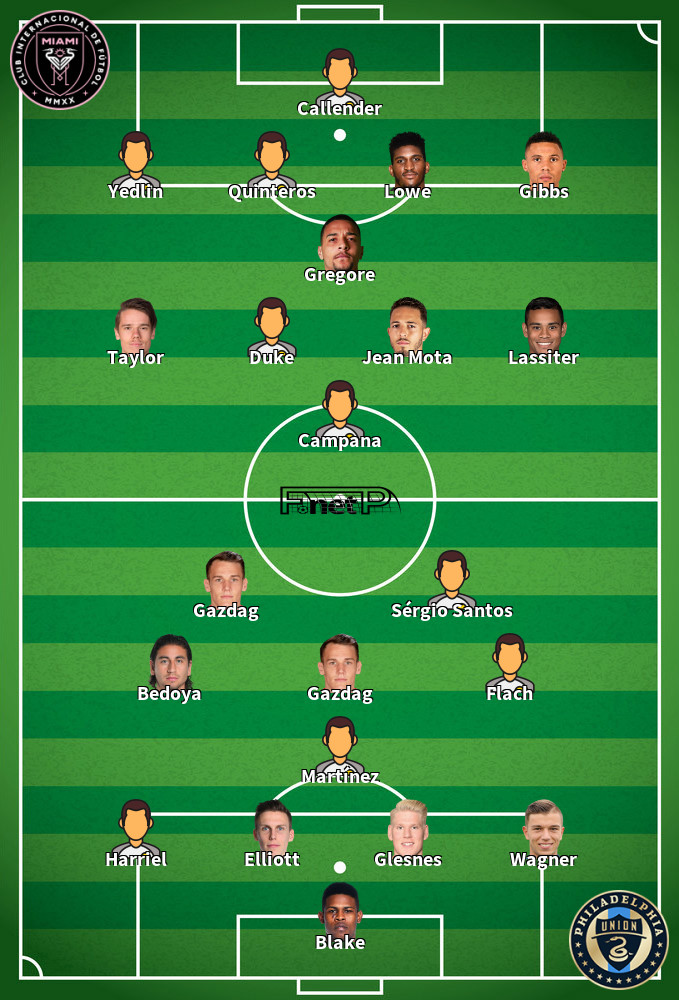 We have made these Philadelphia Union v Inter Miami predictions for this match preview with the best intentions, but no profits are guaranteed. Please always gamble responsibly, only with money that you can afford to lose. Good luck!

⚽️ Where can I find the previews for other MLS matches?

View all of the next (and previous) MLS predictions & previews here.