Return to this page a few days before the scheduled game when this expired prediction will be updated with our full preview and tips for the next match between these teams.
Full-Time Result Prediction
👉
Šibenik to Win

Šibenik play host to visiting side Istra at Stadion Šubićevac in this Prva Liga tie on Friday.

Our full set of predictions, statistics and match poll for Šibenik v Istra can be seen below - plus the latest betting odds.

Šibenik will be hoping to return to winning ways here after the 1-0 Prva Liga defeat in their last game at the hands of Lokomotiva Zagreb.

It has not been often in recent games where Šibenik have kept a clean sheet. The facts show that Šibenik have seen their defence breached in 5 of their previous 6 matches, leaking 5 goals on the way.

Coming into this contest, Šibenik are undefeated in their last 2 home league matches.

After a loss in their previous game against Gorica in Prva Liga action, Istra and their travelling fans will hope for a better result here.

The stats tell the story, and Istra have been scored against in 6 of their last 6 matches, letting opponents get 9 goals in all. In defence, Verudeži have clearly had some problems. With no two games being the same, time will tell whether the trend might be replicated here in this game or not.

Heading into this fixture, Istra 1961 are without a win away from home in their last 3 league games.

Looking at their prior head to head clashes going back to 17/03/2012 shows us that Šibenik have won 1 of these and Istra 4, with the number of drawn matches being 1.

A combined sum of 14 goals were produced between them during those clashes, with 5 of them for Šibenik and 9 belonging to Verudeži. That’s an average goals per game of 2.33.

The referee was Dario Bel.

Šibenik boss Sergi Escobar will be happy not to have any fitness concerns to speak of ahead of this clash with a fully injury-free group ready to go.

Istra manager Danijel Jumić has a number of players out of action. Toni Buric (Heart Condition) and Lovro Majkic (Shoulder fracture) are not ready for selection.

In our opinion, Istra should have enough to find the net against this Šibenik team, however that probably won’t quite be as many as they’ll concede.

We’re going for a close game with a 2-1 winning score for Šibenik at the end of the match. Definitely a tough call. 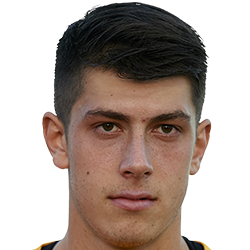 Normally deployed in the Striker position, Deni Jurić was born in Kogarah, Australia. After having played his first senior match for Šibenik in the 2020 - 2021 season, the gifted Forward has managed to score 11 league goals in the Prva Liga 2020 - 2021 season so far from a total of 29 appearances.

While we have made these predictions for Šibenik v Istra for this match preview with the best of intentions, no profits are guaranteed. Always gamble responsibly, and with what you can afford to lose. We wish you the best of luck.