The Premiership clash at The BBSP Stadium Rugby Park on Wednesday will see hosts Kilmarnock playing against opponents Rangers.

To see all of our predictions, user poll & stats for Kilmarnock v Rangers, scroll down (inc. the best betting odds).

Kilmarnock will be looking for an improved result here following a 2-0 League Cup loss in their previous game against Celtic.

It has been all too rare in recent times where Kilmarnock have shown defensive steel. The facts show that Kilmarnock have seen their defence breached in 5 of their previous 6 games, shipping 10 goals on the way.

Their previous form shows that Kilmarnock:

Rangers will come into the meeting following on from a 2-1 League Cup win vs Aberdeen in their most recent game.

For Rangers, goals were scored by Ryan Jack (61') and Kemar Roofe (94'). Bojan Miovski (41') was the scorer for Aberdeen. Rangers ran out winners in extra time.

Over the course of their previous 6 outings, Rangers have helped themselves to a tally of 13 goals. Rangers have additionally got on the scoresheet in every single one of those games. Over that period, their defenders have seen 5 goals go against them. We will find out whether or not that trend can be sustained in this game.

Ahead of this meeting, Rangers haven't been defeated in their previous 4 away league matches.

Checking on their prior head to head meetings stretching back to 26/12/2019 shows us that Kilmarnock have won 1 of these & Rangers 5, with the tally of draws being 0.

A combined sum of 10 goals were scored between them in this period, with 2 for Killie and 8 netted by The Gers. This gives an average number of goals per game equal to 1.67.

The Kilmarnock boss Derek McInnes has no fitness concerns to speak of ahead of this game owing to a completely injury-free squad to choose from.

We’ve got the feeling that Kilmarnock are dangerous enough to score a goal against this Rangers outfit, however a single goal probably won’t quite be as many as the goals that they could concede.

Our tip is for a 1-2 advantage for Rangers by the conclusion of the game. Could easily go either way, this. 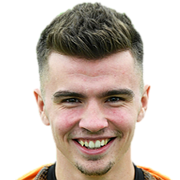 Mostly playing in the Left Wing position, Daniel Armstrong was born in Scotland. Having made a first senior appearance for Kilmarnock in the 2022 - 2023 season, the gifted Forward has accumulated 5 league goals in the Premiership 2022 - 2023 season to date from a total of 21 appearances.

While we have made these predictions for Kilmarnock v Rangers for this match preview with the best of intentions, no profits are guaranteed. Always gamble responsibly, and with what you can afford to lose. Good luck with your selections.