Lanús make the trip to Estadio Eva Perón on Saturday for the Superliga fixture with home team Sarmiento.

Scroll down to see all of the predictions, poll and statistics for Sarmiento v Lanús (including the best match odds).

Sarmiento will be hoping for a repeat of their last result, following a 2-0 Superliga triumph over Lanús.

In that match, Sarmiento had 44% possession and 4 attempts on goal with 1 of them on target. The only player to score for Sarmiento was Lisandro López (6', 45'). At the other end, Lanús got 1 attempts at goal with 0 on target.

It’s not been often in recent games where Sarmiento have managed to hold out for a full 90 minutes. The facts show that Sarmiento have failed to prevent opponents from scoring in 5 of their previous 6 games, letting in 7 goals during that time. That kind of pattern isn’t assured to be carried forward into this match, though.

Looking at their form, and Lanús have been scored against in 5 of their last 6 games, seeing their opponents hit 9 goals in total. Defensively, Lanús seem to have a bit of a soft underbelly.

The previous league match between the two was Superliga match day 10 on 04/09/2021 when it ended Lanús 1-1 Sarmiento.

On the other side, Sarmiento got 16 shots at goal with 3 on target. Gabriel Alanís (95') was the scorer.

The referee was Fernando Echenique.

It’s a low absenteeism rate, with just one fitness concern for the Sarmiento manager Israel Damonte to be concerned with from an otherwise complete squad. Lucas Acosta (Ligament Injury) is sidelined.

Thanks to a largely available group, there’s only the sole fitness problem for the Lanús gaffer Jorge Almirón to be concerned with. Pedro de la Vega (Ruptured cruciate ligament) won’t be in action.

Our assessment is that Lanús and Sarmiento may both find scoring difficult here.

Let’s see how this one goes, but it looks this could be a game with minimal goal-scoring opportunities. We’re therefore expecting a very close game with a 0-0 score after 90 minutes. 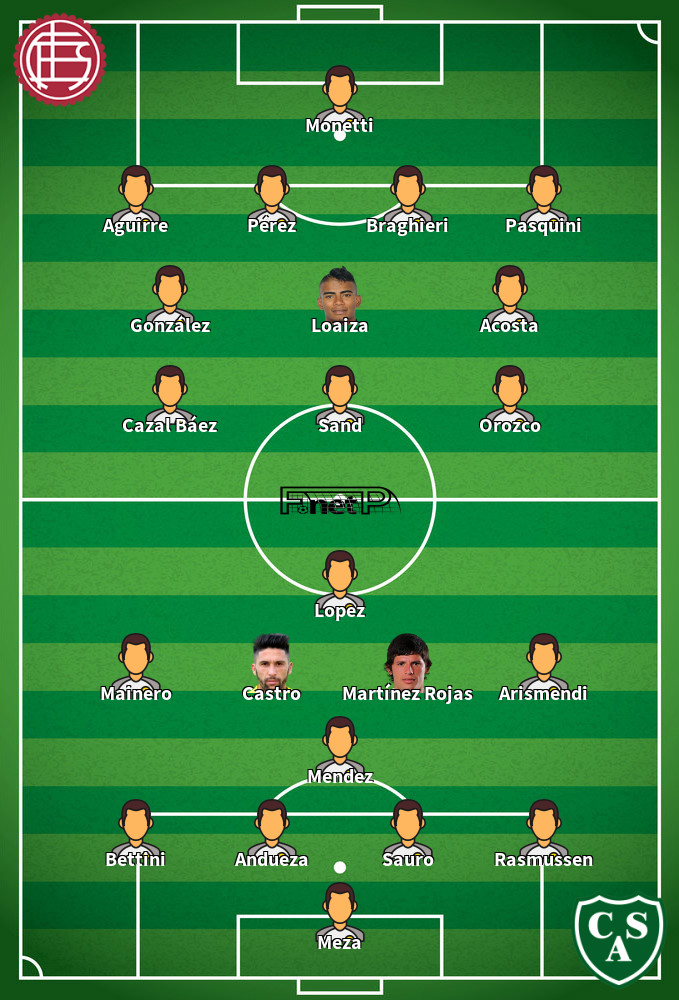 We have made these Sarmiento v Lanús predictions for this match preview with the best intentions, but no profits are guaranteed. Please always gamble responsibly, only with money that you can afford to lose. Best of luck.