Manchester City will be hosting visitors Leeds United at Etihad Stadium in this Premier League match on Saturday.

Our full set of predictions, statistics and match poll for Manchester City v Leeds United can be seen below (inc. the best betting odds).

Manchester City, following on from their previous result, will be hoping for more of the same after a 2-1 Champions League triumph over Borussia Dortmund.

Their more recent scorelines highlight the fact that not much more can be done by the Manchester City backline. The Citizens have been mean at the back, with the tally of goals that have gone past their goalkeeper during their past 6 clashes standing at 3. While that may be of interest, we’ll just have to find out whether such a trend might be replicated in this upcoming match.

Heading into this contest, Manchester City have not registered a win against Leeds United in their last 3 league games.

Leeds United come into this clash following a 2-1 Premier League win versus Sheffield United in their previous outing.

Marcelo Bielsa's Leeds United have converted a total of 7 times throughout their most recent sextet of matches. The total of goals that have been scored against them during those same matches comes to 5.

Heading into this fixture, Leeds United have left without a victory over Manchester City in away games against them for the last 2 matches in the league.

If we look at their past head to head duels stretching back to 17/08/2002, it’s been all-even between these two clubs with Manchester City winning 2 of those games, Leeds United 2 and 2 being draws after 90 minutes of play.

A combined sum of 17 goals were produced between them in these games, with 9 of them for The Citizens and 8 netted by The Whites. That’s an average goals per game figure of 2.83.

In that game, Leeds United had 52% possession and 12 shots on goal with 7 of them on target. The scorer was Rodrigo Moreno (59').

Manchester City got 23 attempts on goal with 2 on target. Raheem Sterling (17') was the scorer.

The match was refereed by Mike Dean.

Regarding absentees, there’s just the lone fitness concern for the Manchester City boss Pep Guardiola to be concerned with from an otherwise complete group of players. Philippe Sandler (Ankle Surgery) is sidelined.

Thanks to a largely available group, there’s just the sole fitness worry for the Leeds United gaffer Marcelo Bielsa to contend with. Adam Forshaw (Hip Injury) won’t be playing here.

Our assessment is that Manchester City will, in all likelihood, be able to create a good number of chances & successful shots on target.

At the same time, Leeds United could well find it tough to get a goal of their own but we do think that it’s more than likely that they will be pulling one back during this clash.

Our selection here is for a fairly comfortable 3-1 winning margin for Manchester City at full-time. 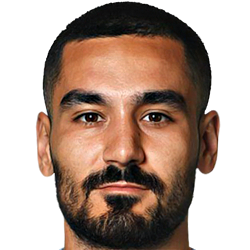 Regularly used in the Centre Midfield position, İlkay Gündoğan was born in Gelsenkirchen, Germany. Having made a first senior appearance for Nuremberg in the 2008 - 2009 season, the goalscoring Midfielder has struck 12 league goals in the Premier League 2020 - 2021 season so far coming from a total of 23 appearances.

We have made these Manchester City v Leeds United predictions for this match preview with the best intentions, but no profits are guaranteed. Please always gamble responsibly, only with money that you can afford to lose. Best of luck with your selections.