This Slavia Sofia v Levski Sofia live stream video is set to be broadcast on 19/05/2022. Football fans can watch the game on a live streaming service should the game be featured in the schedule provided above. Here we show useful info for watching this First League game including the most recent guide to form, head to head meetings and our game views.

In order to watch this match via other methods, check broadcasters’ schedules relating to your place of residence. These broadcasting rights are typically distributed on a per-competition/league or even single game level. For fixtures shown live on regional tv programmes, check the schedules on stations like BT Sport, Amazon Prime Video, Sky Sports, Now TV, iTV, Canal+, Fox Soccer, ESPN depending on where you are.

When the abovementioned broadcaster is showing Slavia Sofia v Levski Sofia soccer live streaming service, you’ll be able to view the game on a mobile (iPhone, Android including Tecno) and desktop as well as tablet (eg iPad, Huawei MatePad).

After the match finishes, we may also provide a link to game highlights from time to time. We aren’t responsible for transmitting any match video content linked to from here. All legal complaints must be done by contacting the hosters/owners of said content.

Scroll down to see all of the predictions, poll and statistics for Slavia Sofia v Levski Sofia - as well as up-to-date odds.

Slavia Sofia will be looking to improve on their last outing here following the 3-1 First League losing effort in their last game against CSKA Sofia.

Ahead of this clash, Slavia Sofia haven't been defeated in their previous 2 home league matches.

Levski Sofia come into this encounter following on from a 0-1 First League win to defeat Cherno More Varna in their last match.

The trend of at least one side getting a clean sheet in games involving Levski Sofia has become evident of late. Checking on their last 6 games shows that this has occurred 6 times. During these clashes, opposing sides have hit a goal total of 0 and Levski Sofia have scored 9. That kind of pattern isn’t assured to follow through into this game, however.

Going into this encounter, Levski Sofia are unbeaten in their last 3 league matches away from home.

Checking on their most recent head-to-head clashes stretching back to 01/03/2020 shows us that Slavia Sofia have won 4 of them & Levski Sofia 2, with the number of drawn results standing at 0.

12 goals were shared by the two clubs in this period, with 7 of them from The White Avalanche and 5 being from The Blue Avalanche. The average goals per game has been 2.

That day, Slavia Sofia had 35% possession and 5 attempts at goal with 2 on target.

The referee was Ivajilo Stoyanov.

The Slavia Sofia boss Zlatomir Zagorčić has a full complement, with no fitness concerns to speak of before this match thanks to a fully injury-free squad ready to go.

Owing to a fully injury-free group to choose from, the Levski Sofia manager Stanimir Stoilov has no fitness worries to report before this game.

We’re thinking that Slavia Sofia will have to play well to hit the back of the net against this Levski Sofia team who will likely gain the upper hand.

We therefore think that it’s going to be a 0-1 advantage for Levski Sofia at the end of this one. 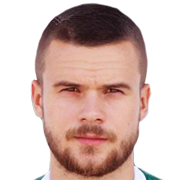 Generally playing in the Left Attacking Midfielder position, Radoslav Kirilov was born in Simitli, Bulgaria. Having made a first senior appearance for Carpi in the 2013 - 2014 season, the dangerous Midfielder has scored a sum of 6 league goals in this First League 2021 - 2022 season to date in 29 appearances.

While we have made these predictions for Slavia Sofia v Levski Sofia for this match preview with the best of intentions, no profits are guaranteed. Always gamble responsibly, and with what you can afford to lose. Good luck with your selections.

⚽️ Where can I see the tips for other First League games?

View all of our upcoming (and previous) First League predictions & previews here.