Pirin will play in this fixture coming off the back of a 1-1 First League stalemate vs Beroe Stara Zagora.

It’s been a rare occasion in recent games that Pirin have kept a clean sheet. The facts show that Pirin have been scored against in 6 of their previous 6 clashes, giving up 9 goals during that time. Such a pattern might not be continued here, of course.

Going into this contest, Pirin have not emerged victorious against Lokomotiv Plovdiv in their last 2 matches in the league.

Lokomotiv Plovdiv will go into the clash after a 2-1 First League win against Lokomotiv Sofia in their most recent game.

The stats tell the story, and Lokomotiv Plovdiv have been scored against in 5 of their last 6 games, seeing opposing sides hit 5 goals in all. Defensively, Lokomotiv Plovdiv just haven’t been too solid at all.

Heading into this fixture, Lokomotiv Plovdiv have not registered a win against Pirin when they have played them away from home in the previous 2 matches in the league.

Looking at the statistics for their head to head meetings dating back to 28/05/2016, it’s been all-even between these two clubs with Pirin winning 3 of those games, Lokomotiv Plovdiv 3 and 0 being drawn after 90 minutes of play.

A combined sum of 18 goals were produced between them during those clashes, with 11 for Orletata and 7 created by Smarfovete. The average number of goals per game works out to 3.

The Pirin manager Warren Feeney will be grateful not to have any fitness worries whatsoever coming into this clash owing to a completely injury-free squad available to select from.

Thanks to a completely healthy group available to choose from, the Lokomotiv Plovdiv manager Aleksandar Tunchev has no fitness worries to speak of coming into this clash.

We’re of the opinion that Pirin might need a bit of good fortune to breach the defence of this Lokomotiv Plovdiv side who should score at least once to gain the upper hand.

We’re therefore anticipating a hard-fought contest, finishing with a 0-1 winning score for Lokomotiv Plovdiv at the conclusion of the game. 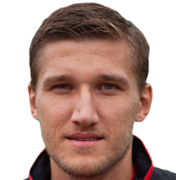 Customarily taking to the field in the Striker position, Preslav Yordanov was born in Pleven, Bulgaria. Having played his first senior match for Belasitsa in the 2008 - 2009 season, the dangerous Forward has got 3 league goals in this First League 2021 - 2022 season so far from a total of 13 appearances.

While we have made these predictions for Pirin v Lokomotiv Plovdiv for this match preview with the best of intentions, no profits are guaranteed. Always gamble responsibly, and with what you can afford to lose.