Scunthorpe United will be at One Call Stadium on Saturday for the League Two fixture with home side Mansfield Town.

Scroll down to see all of the predictions, poll and statistics for Mansfield Town v Scunthorpe United - as well as the best betting odds.

Mansfield Town are hoping to win again after their last result, a 1-2 League Two success over Stevenage.

For Mansfield Town, the goalscorers were John-Joe O'Toole (19') and Ryan Stirk (65'). Scott Cuthbert (55') was the scorer for Stevenage.

In their previous game, Scunthorpe United drew 1-1 in the League Two match with Salford City.

The only scorer from Scunthorpe United was Ryan Loft (37'). Conor McAleny (59') scored for Salford City.

Scunthorpe United have had no problems opening up opposition defences leading up to this encounter, having scored 7 goals in their last 6 matches. Having said that, Scunthorpe United have had their own issues at the back, also conceding in 6 of those same outings. That kind of pattern won’t necessarily be carried forward into this game, of course.

A look at their prior head to head meetings dating back to 11/01/2014 shows that Mansfield Town have won 5 of them & Scunthorpe United 1, with the number of drawn matches being 0.

A sum of 20 goals were shared by the two clubs in these games, with 13 for The Stags and 7 belonging to The Irons. That’s an average goals per game figure of 3.33.

The last league match between these clubs was League Two match day 43 on 20/04/2021 when it finished Mansfield Town 3-0 Scunthorpe United.

The match was refereed by Brett Huxtable.

The Mansfield Town manager Nigel Clough will be grateful to have no fitness concerns to speak of coming into this match with a completely healthy group to choose from.

Owing to a completely healthy group available to choose from, the Scunthorpe United manager Keith Hill has zero fitness concerns at all before this game.

We believe that Mansfield Town will, in all likelihood, have the majority of the possession and should be able to turn a few of their chances into goals.

However, Scunthorpe United may well find it hard to break down their defence but we do think that it’s more than likely that they will be hitting back at some stage here.

We’re therefore expecting to see a decent 3-1 win for Mansfield Town when the full-time whistle blows. 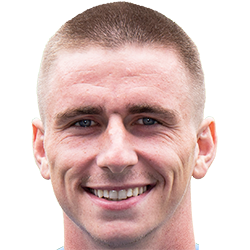 Usually used in the Striker position, Oliver Hawkins was born in England. Having made a first senior appearance for Dagenham & Redbridge in the 2015 - 2016 season, the gifted Forward has hit 4 league goals in the League Two 2021 - 2022 season so far in a total of 16 appearances.

While we have made these predictions for Mansfield Town v Scunthorpe United for this match preview with the best of intentions, no profits are guaranteed. Always gamble responsibly, and with what you can afford to lose. Good luck with your selections.