Scroll down for all of our predictions, poll and stats for the Santa Clara v Marítimo game (including the best match odds).

Santa Clara go into this match coming off the back of a 2-2 Primeira Liga drawn match vs Vitória Guimarães.

It has been seldom in recent games that Santa Clara haven’t conceded. It will be a concern for them that Os Açoreanos have been scored against in 5 of their previous 6 matches, giving up 7 goals in the process. It will be interesting to see if that trend will end up being sustained in this game.

In their previous fixture, Marítimo drew 3-3 in the Primeira Liga match with Famalicão.

In that game, Marítimo managed 29% possession and 8 attempts at goal with 5 on target. For Marítimo, the goals were scored by Zainadine Júnior (2'), Renê Santos (48') and Erivaldo (95'). For their opponents, Famalicão had 17 shots on goal with 5 of them on target. Fábio Martins (45'), Roderick Miranda (87') and Rúben Lameiras (91') scored for Famalicão.

A series of very capable performances from the Marítimo defence has seen their ‘goals against’ tally standing at 4 from their past 6 fixtures in total. Over that same period, their own attack force has managed to score 7.

Checking on their most recent head-to-head meetings going back to 03/12/2002 shows us that Santa Clara have won 1 of them & Marítimo 3, with the tally of drawn results standing at 2.

A sum of 12 goals were produced between them during those clashes, with 5 from Os Açoreanos and 7 created by Os Verde-Rubros. The average goals per game has been 2.

The last league encounter featuring the two was Primeira Liga match day 30 on 03/07/2020 when it ended Santa Clara 0-1 Marítimo.

On that day, Santa Clara managed 51% possession and 13 attempts at goal with 4 of them on target.

On the other side, Marítimo got 13 attempts on goal with 7 on target. Bruno Xadas (71') was the scorer.

The referee was Carlos Xistra.

Santa Clara manager Daniel Ramos does not have any fitness worries whatsoever before this clash with a fully injury-free squad available to select from.

Owing to a completely healthy group to choose from, Marítimo manager Lito Vidigal does not have any fitness concerns to speak of ahead of this game.

We’re inclined to think that Marítimo should get enough chances to find the net against this Santa Clara side, although that possibly won’t be enough to prevent defeat.

We are anticipating a tight encounter finishing with a 2-1 winning margin for Santa Clara at the end of the 90 minutes. We are expecting it to be pretty even.

Both Teams to Score Prediction for Santa Clara vs Marítimo
Yes 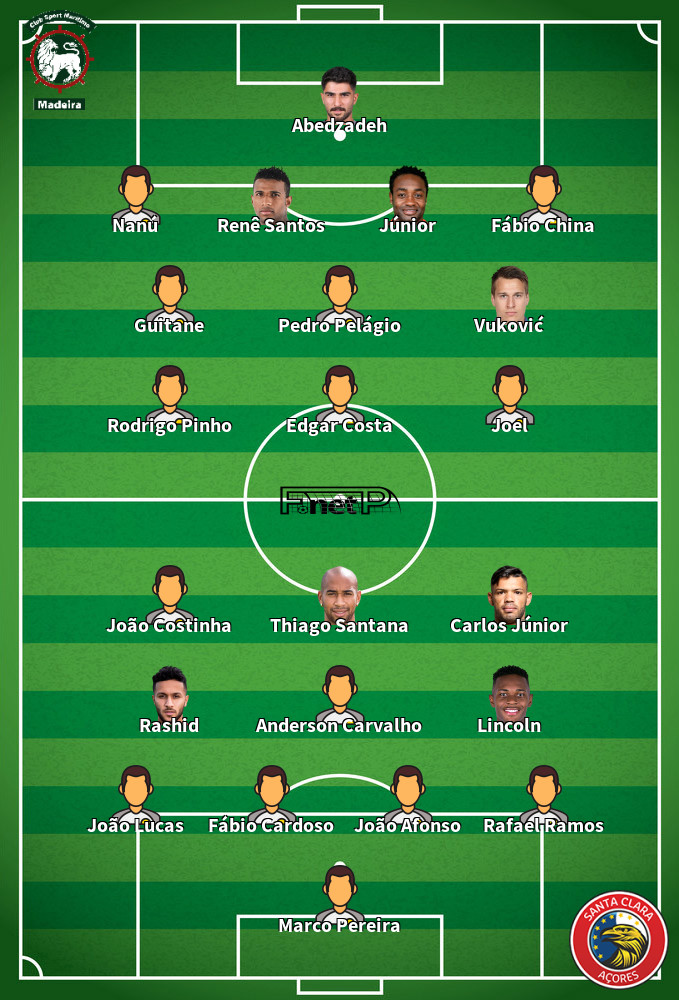 We have made these Santa Clara v Marítimo predictions for this match preview with the best intentions, but no profits are guaranteed. Please always gamble responsibly, only with money that you can afford to lose. Best of luck with your selections.