Return to this page a few days before the scheduled game when this expired prediction will be updated with our full preview and tips for the next match between these teams.
Full-Time Result Prediction
👉
Melbourne Victory to Win

Melbourne Victory make the trip to HBF Park on Saturday for the A-League game with hosts Perth Glory.

All Perth Glory v Melbourne Victory game predictions, stats and user poll are shown below including the latest game odds.

Perth Glory will play in this match following a 0-0 A-League drawn game versus Melbourne Victory.

Going into this encounter, Perth Glory are undefeated in their previous 7 home league matches.

Heading into this fixture, Melbourne Victory are without a win away from home in their last 3 matches in the league.

An examination of their prior head to head clashes dating back to 01/02/2020 shows that Perth Glory have won 2 of them and Melbourne Victory 3, with the number of drawn games being 1.

An aggregate of 18 goals were shared by the two clubs in this period, with 8 of them from Glory and 10 created by Victory. That is an average goals per game value of 3.

The previous league contest featuring these clubs was A-League match day 22 on 06/04/2022 when the final score was Perth Glory 0-1 Melbourne Victory.

On that occasion, Perth Glory had 56% possession and 14 shots on goal with 1 of them on target.

On the other side, Melbourne Victory got 16 shots at goal with 4 of them on target. Francesco Margiotta (57') scored.

The referee was Tim Danaskos.

It’s a low absenteeism rate, with just a single fitness concern for the Perth Glory manager Ruben Zadkovich to be concerned about thanks to an almost full-strength group. Adrián Sardinero (Achilles tendon problems) misses out.

Due to a mostly healthy squad, there is just the sole fitness problem for the Melbourne Victory gaffer Tony Popović to be concerned about. Nani (Cruciate Ligament Rupture) won’t be playing here.

Here, we’re thinking that Perth Glory will have a tough ask to put one past this Melbourne Victory team who we reckon will manage to get a goal of their own in a winning performance.

With that in mind, we reckon that it will be a 0-1 win for Melbourne Victory at the end of the 90. 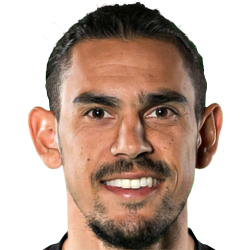 Typically used in the Striker position, David Williams was born in Brisbane, Australia. Having made a first senior appearance for Brisbane Roar in the 2005 - 2006 season, the dangerous Forward has struck 2 league goals in the A-League 2022 - 2023 season to date coming from a total of 10 appearances.

We have made these Perth Glory v Melbourne Victory predictions for this match preview with the best intentions, but no profits are guaranteed. Please always gamble responsibly, only with money that you can afford to lose.