The 3rd Liga fixture at Hänsch-Arena on Sunday sees home team Meppen up against Viktoria Cologne.

Our full set of predictions, statistics and match poll for Meppen v Viktoria Cologne can be seen below - plus the latest betting odds.

Meppen will be wanting a better result here after a 2-1 3rd Liga loss in their previous game against Unterhaching.

The only name on the scoresheet from Meppen was Hilal El-Helwe (14'). Patrick Hasenhüttl (19') and Niclas Anspach (72') scored for Unterhaching.

At least three goals per game have been seen in 5 of the past 6 fixtures where Meppen have taken part. Opposing sides scored 10 of them in this period while Meppen amassed a tally of 12. Still, time will tell whether that trend will be maintained in this match or not.

Coming into this clash, Meppen are without a win at home for the past 2 league matches.

Viktoria Cologne will come into the encounter after a 2-0 3rd Liga win vs Ingolstadt in their last game.

For Viktoria Cologne, the goalscorers were Albert Bunjaku (10') and Lucas Cueto (92').

In the course of their six most recent matches, Pavel Dotchev's Viktoria Cologne have found the back of the net 12 times therefore earning them a goals per game average of 2.

Going into this encounter, Viktoria Cologne haven't been defeated in their previous 3 league matches away from home.

Regarding absentees, there’s just a single fitness concern for the Meppen manager Torsten Frings to be concerned with from a near full-strength set of players. Willi Evseev (Hip problems) misses out.

V. Köln boss Pavel Dotchev has to choose from a squad that has some fitness concerns. Dario De Vita (Torn muscle bundle), Marcel Risse (Pulled hamstring at the adductors), Fabian Holthaus (Muscular problems) and Alexander Höck (Cruciate Ligament Rupture) are names that won’t be on the team sheet.

We feel that Viktoria Cologne and Meppen could both find themselves scoring on more than one occasion in a potential goal-fest with little between the two teams.

It’s looking like it could well end up as a draw but we do expect to see goals at each end. We therefore see a high-scoring affair with a score draw when the referee blows the final whistle. 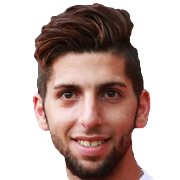 Mostly deployed in the Left Attacking Midfielder position, Hilal El-Helwe was born in Hannover, Germany. After making a first senior appearance for Hallescher in the 2016 - 2017 season, the skilful Midfielder has struck 2 league goals in the 3. Liga 2020 - 2021 season to date coming from a total of 4 appearances.

We have made these Meppen v Viktoria Cologne predictions for this match preview with the best intentions, but no profits are guaranteed. Please always gamble responsibly, only with money that you can afford to lose. We wish you the best of luck.