Sarpsborg 08 come up against the visiting Mjøndalen at Sarpsborg Stadion in the Eliteserien game on Wednesday.

View all of the Sarpsborg 08 v Mjøndalen predictions, poll and stats below - as well as up-to-date odds.

Sarpsborg 08 will play in this fixture after a 2-2 Eliteserien draw versus Bodo Glimt.

Lars Bohinen's Sarpsborg 08 have managed to score a sum total of 6 times in their preceding 6 outings. The tally of goals that have been scored against them in those games is 10.

Last time out, Mjøndalen drew 1-1 in the Eliteserien tie with SK Brann.

Mjøndalen have seen success in front of goal in their most recent fixtures, having scored 8 goals in their last 6 matches. This doesn’t mask the fact that Mjøndalen can also improve defensively after being scored against in 5 of those same clashes. Putting that to one side, we will just have to wait and see if that pattern will persist in this game.

Looking at the statistics for their head to head duels dating back to 07/06/2015, there has been little between the sides with Sarpsborg 08 winning 1 of those games, Mjøndalen 1 and 4 being drawn after 90 minutes of play.

A total of 11 goals were shared by the two clubs in these games, with 6 of them from Sarpsborg and 5 created by Mjøndalen. This gives an average number of goals per game equal to 1.83.

The previous league clash between the two was Eliteserien match day 18 on 19/09/2020 when the final score was Sarpsborg 08 2-0 Mjøndalen.

Sarpsborg 08 manager Lars Bohinen will be thankful to have no fitness concerns whatsoever before this clash with a completely injury-free group to pick from.

Thanks to a completely injury-free squad to pick from, Mjøndalen manager Vegard Hansen has no fitness worries to speak of before this match.

In our opinion, Mjøndalen might have a difficult job to be putting a goal past this Sarpsborg 08 lineup who we think might well end up scoring and possibly keep a clean sheet as well.

We’ve gone for a hard-fought 1-0 advantage for Sarpsborg 08 when all is said and done. 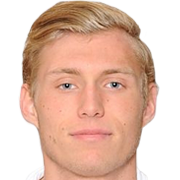 Generally deployed in the Centre Midfield position, Jonathan Lindseth was born in Porsgrunn, Norway. Having made a first senior appearance for Sarpsborg 08 in the 2019 season, the talented Midfielder has managed to score 2 league goals in this Eliteserien 2021 campaign to date coming from a total of 7 appearances.

We have made these Sarpsborg 08 v Mjøndalen predictions for this match preview with the best intentions, but no profits are guaranteed. Please always gamble responsibly, only with money that you can afford to lose. Good luck with your selections.