Shrewsbury Town will be the visitors at Stadium MK on Tuesday for the League One game with home team MK Dons.

Full predictions, pre-match stats and user poll for MK Dons v Shrewsbury Town are shown on this page - along with the latest match odds.

MK Dons fans will want a repeat of their previous result, being a 1-2 League One success versus Forest Green Rovers.

MK Dons have really been misfiring in recent times. Their sum of goals stands at just 4 vs opponents over the course of their previous six fixtures. In those meetings, MK Dons have also seen the number of goals that have gone against them total 9.

Ahead of this clash, MK Dons are undefeated in their previous 2 league matches at home.

Shrewsbury Town will go into the game following a 5-1 League One win versus Cambridge United in their previous outing.

The numbers tell their own story, and Shrewsbury Town have been scored against in 5 of their last 6 games, conceding 9 goals overall. In defence, Shrewsbury Town have not been doing too well. Nonetheless, we’ll just have to find out whether that trend will be replicated in this game or not.

Coming into this clash, Shrewsbury Town haven't beaten MK Dons when having played them away from home in the previous 6 matches in the league. They really have not been travelling well at all.

A glance at their prior head-to-head clashes going back to 08/02/2020 shows that MK Dons have won 1 of them and Shrewsbury Town 3, with the number of draws being 2.

A sum of 18 goals were scored between the two sides during those clashes, with 8 of them from The Dons and 10 for The Shrews. This gives an average number of goals per game equal to 3.

The previous league fixture featuring the two was League One match day 14 on 08/10/2022 when it ended Shrewsbury Town 2-1 MK Dons.

The MK Dons manager Mark Jackson will be grateful to have no fitness concerns at all before this match owing to a completely healthy group to pick from.

Due to a completely injury-free squad available to choose from, the Shrewsbury Town manager Steve Cotterill has zero fitness concerns to report before this clash.

We envisage that Shrewsbury Town have it in them to breach the defence of this MK Dons side, although that probably shouldn’t be as many as the goals that they could concede.

We can see a tight encounter finishing with a 2-1 win for MK Dons after 90 minutes. Let’s see what happens here. 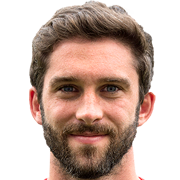 Normally taking to the field in the Striker position, Will Grigg was born in Solihull, England. Having made his senior debut playing for Walsall in the 2008 - 2009 season, the skilful Forward has contributed 5 league goals in this League One 2022 - 2023 season so far in 22 appearances.

While we have made these predictions for MK Dons v Shrewsbury Town for this match preview with the best of intentions, no profits are guaranteed. Always gamble responsibly, and with what you can afford to lose. Good luck with your selections.