We’re looking forward to the big League One Play-offs semi-final showdown between MK Dons and Wycombe Wanderers on Sunday. With the big reward for the winners of the tie being a place in the final, this looks set to be an exciting game of football.

Full predictions, pre-match stats and user poll for MK Dons v Wycombe Wanderers are shown on this page - as well as the best betting odds.

MK Dons will be wanting a better result here after the 2-0 League One Play-offs defeat last time out to Wycombe Wanderers.

Over their prior 6 games, Liam Manning's MK Dons have hit the target a combined total of 12 times, an average number of goals scored per match of 2.

Over the course of their last half-dozen clashes, Wycombe Wanderers have helped themselves to a total of 11 goals. Wycombe Wanderers have also not failed to score on each one of those occasions. In that time, they’ve had 4 goals go into their own net. That sort of pattern might not follow through into this match, of course.

A look at their past head-to-head clashes dating back to 17/08/2019 shows us that MK Dons have won 4 of these & Wycombe Wanderers 2, with the number of draws being 0.

A combined total of 15 goals were shared by the two clubs in this period, with 9 from The Dons and 6 belonging to The Blues. That is an average goals per game value of 2.5.

The MK Dons boss Liam Manning has zero fitness concerns to speak of coming into this game owing to a completely injury-free group to choose from.

Owing to a completely healthy group available for selection, the Wycombe Wanderers manager Gareth Ainsworth doesn’t have any fitness worries to report coming into this match.

We’re thinking that Wycombe Wanderers and MK Dons won’t have much between them here, and goals could be hard to come by.

There should be little in it, and a draw looks quite a realistic result. That is why we are leaning toward a hard-fought 0-0 scoreline by the conclusion of this game. 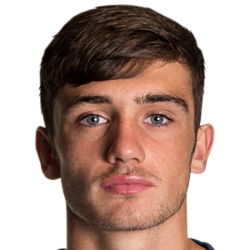 Usually deployed in the Striker position, Troy Parrott was born in Dublin, Rep. Ireland. Having made a first senior appearance for Tottenham Hotspur in the 2019 - 2020 season, the accomplished Forward has netted 8 league goals in the League One 2021 - 2022 campaign so far from a total of 41 appearances.

We have made these MK Dons v Wycombe Wanderers predictions for this match preview with the best intentions, but no profits are guaranteed. Please always gamble responsibly, only with money that you can afford to lose. Good luck with your selections.