All Santos Laguna v Monterrey game predictions, stats and user poll are shown below - as well as the best betting odds.

Santos Laguna head into this fixture following on from a 1-1 Liga MX (Apertura) draw versus Puebla.

Under three goals per game were scored during 5 of the past 6 fixtures where Santos Laguna have been participants. Breaking down the goal attribution in that period, opposing sides scored a total of 5 and Santos Laguna managed a tally of 6.

Leading up to this clash, Santos Laguna:

Monterrey come into this encounter following a 2-0 Liga MX (Apertura) win with the defeat of Toluca in their last fixture.

In that match, Monterrey managed 50% possession and 16 attempts at goal with 5 of them on target. For Monterrey, the goalscorers were Jesús Gallardo (41') and Rogelio Funes Mori (73'). For their opponents, Toluca had 13 shots at goal with 7 on target.

Javier Aguirre's Monterrey have seen their efforts on goal rewarded 8 times in the course of their latest sextet of matches. The number of goals that have been scored against them during that period adds up to 5.

A look at their previous results shows us that Monterrey:

A review of their most recent head to head meetings going back to 29/11/2019 shows us that Santos Laguna have won 2 of these & Monterrey 1, with the tally of drawn matches being 3.

An aggregate of 19 goals were produced between them throughout the course of those matches, with 9 of them from Guerreros and 10 belonging to Los Rayados. That’s an average goals per game of 3.17.

It’s a low absenteeism rate, with just the sole fitness concern for the Santos Laguna gaffer Guillermo Almada to be concerned about from of an almost fully healthy squad. Carlos Acevedo (Shoulder Injury) is out of contention.

Out of a mainly healthy squad, there’s just a single fitness problem for the Monterrey boss Javier Aguirre to be concerned about. Vincent Janssen (Pubitis) won’t be playing here.

Our assessment is that Monterrey and Santos Laguna could end up without much reward for their efforts here.

We’re therefore expecting a very close game with a 0-0 score when the full-time whistle blows. 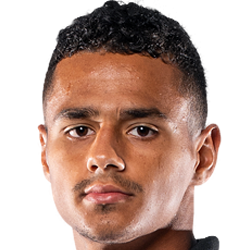 Customarily played in the Striker position, Alessio da Cruz was born in Netherlands. Having played his first senior match for Jong Twente in the 2014 - 2015 season, the talented Forward has contributed 2 league goals in the Liga MX (Apertura) 2021 - 2022 campaign so far coming from a total of 3 appearances.

While we have made these predictions for Santos Laguna v Monterrey for this match preview with the best of intentions, no profits are guaranteed. Always gamble responsibly, and with what you can afford to lose. Good luck!