ESTAC head to Stade de la Mosson on Sunday for the Ligue 1 meeting with home side Montpellier.

Our Montpellier v ESTAC tips, poll and stats can be seen in full below - plus the latest betting odds.

Montpellier will play in this match coming off the back of a 2-2 Ligue 1 draw vs ESTAC.

Matches involving Montpellier have usually been engaging affairs of late with a lot of goalmouth action being a common characteristic. Over their past six clashes alone, the sum total of 22 goals have been recorded for both sides combined (at an average of 3.67 goals per game) with 5 of them being chalked up by Montpellier.

Looking at their form, and ESTAC have been scored against in 5 of their last 6 matches, with opponents netting 8 goals overall. Defensively, ESTAC certainly have room for improvement. We will have to see if that trend will end up being sustained into this next match.

Inspecting their prior head to head meetings stretching back to 29/08/2015 shows that Montpellier have won 2 of them and ESTAC 1, with the number of draws being 3.

A sum of 11 goals were scored between the two sides in these games, with 7 for La Paillade and 4 created by Troyes. That’s an average goals per game figure of 1.83.

In that match, Montpellier had 52% possession and 11 shots at goal with 2 of them on target.

ESTAC got 13 shots on goal with 5 of them on target. Xavier Chavalerin (74') scored.

The Montpellier manager Olivier Dall’Oglio doesn’t have any fitness worries to speak of before this game thanks to a completely healthy squad to choose from.

Due to a completely healthy group available for selection, the ESTAC manager Bruno Irles doesn’t have any fitness worries to speak of before this match.

Looking at these two teams, we feel that ESTAC should have enough to score against this Montpellier team, however that isn’t expected to be as many as they’ll concede.

We’re predicting a narrow 2-1 win for Montpellier at the end of the match. Let’s see what eventuates. 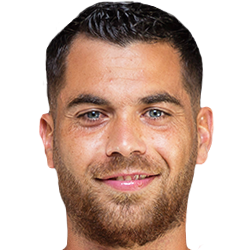 Customarily playing in the Centre Midfield position, Téji Savanier was born in Montpellier, France. Having played his first senior match for AC Arles Avignon in the 2011 - 2012 season, the skilful Midfielder has bagged 2 league goals in this Ligue 1 2022 - 2023 campaign to date from a total of 1 appearances.

While we have made these predictions for Montpellier v ESTAC for this match preview with the best of intentions, no profits are guaranteed. Always gamble responsibly, and with what you can afford to lose. Best of luck.