Nagoya Grampus are the guests at Lemon Gas Stadium Hiratsuka on Wednesday for the J1 League tie with home team Shonan Bellmare.

All Shonan Bellmare v Nagoya Grampus game predictions, stats and user poll are shown below including the latest game odds.

Shonan Bellmare enter this fixture coming off the back of a 1-1 J1 League drawn result versus Yokohama F. Marinos.

Shonan have been conceding pretty frequently of late, although they’ve also managed to score goals themselves. Over their last 6 matches, Shonan have been punished defensively in 5 of them while also managing to get on the scoresheet in 5 of those matches. That kind of trend might not be sustained into this match, however.

Going into this game, the form guide shows that Shonan Bellmare:

In their previous game, Nagoya Grampus drew 0-0 in the J1 League tie with FC Tokyo.

The trend of at least one side getting a clean sheet in games involving Nagoya Grampus has been noticeable recently. Examining their last 6 meetings shows that this has happened 6 times. During these clashes, their opponents have managed a goal aggregate of 0 and N. Grampus have scored 7.

Checking on their past head to head clashes going back to 11/03/2018 shows us that Shonan Bellmare have won 1 of them & Nagoya Grampus 2, with the tally of drawn results being 3.

In all, 13 goals were yielded between them during those clashes, with 6 for Shonan and 7 being from N. Grampus. That’s an average goals per game of 2.17.

The last league encounter featuring these sides was J1 League match day 28 on 21/11/2020 when it ended Nagoya Grampus 3-1 Shonan Bellmare.

The match was refereed by Koichiro Fukushima.

Shun Nakamura (Calf Injury) and Daiki Hotta (Herniated Disc) will not be able to play for Shonan boss Bin Ukishima.

In an otherwise available group of players, there’s just the sole fitness issue for the Nagoya Grampus gaffer Massimo Ficcadenti to be concerned about. Mu Kanazaki (Cruciate Ligament Injury) won’t be in action.

We’re thinking that Shonan Bellmare may find it difficult to register a score against this Nagoya Grampus lineup who we think will end up scoring and staying ahead.

That’s why we have predicted a hard-fought contest, finishing with a 0-1 winning score for Nagoya Grampus at the end of the match. 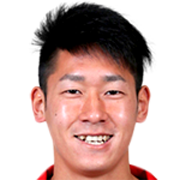 Mostly taking up the position, Ryo Takahashi was born in Japan. After having made a senior debut playing for Nagoya Grampus in the 2016 season, the gifted Midfielder has managed to score 2 league goals in the J1 League 2021 season to date coming from a total of 6 appearances.

We have made these Shonan Bellmare v Nagoya Grampus predictions for this match preview with the best intentions, but no profits are guaranteed. Please always gamble responsibly, only with money that you can afford to lose. Best of luck with your selections.