Return to this page a few days before the scheduled game when this expired prediction will be updated with our full preview and tips for the next match between these teams.
Full-Time Result Prediction
👉
Quevilly-Rouen to Win

Quevilly-Rouen will host the visiting Niort at Stade Robert-Diochon in the Ligue 2 tie on Saturday.

Our Quevilly-Rouen v Niort predictions, statistics and match poll can be seen below including the latest game odds.

Quevilly-Rouen, who won their previous game, will hope for a similar result following the 0-1 Ligue 2 victory versus AC Ajaccio.

The only scorer from Quevilly-Rouen was Alassane Diaby (62').

Bruno Irles's Quevilly-Rouen have netted a sum total of 5 times over their preceding 6 outings. The comparative tally of goals that they have conceded in that time is 5.

Their prior results show that Quevilly-Rouen:

Following on from being beaten in their last game against Sochaux in Ligue 2 action, Niort will be aiming to make amends here.

Aldo Kalulu (83') was the scorer for Sochaux.

The trend of at least one side getting a clean sheet in games involving Niort has become evident of late. Looking at their last 6 meetings shows that this has happened 5 times. During these clashes, their opponents have hit a goal total of 6 while Niort have scored 6.

The previous league match featuring these clubs was Ligue 2 match day 28 on 02/03/2018 which ended up with the score at Quevilly-Rouen 1-2 Niort.

The Quevilly-Rouen boss Bruno Irles has a full complement, with no fitness concerns whatsoever ahead of this game owing to a completely injury-free squad to choose from.

Due to a fully healthy squad to pick from, the Niort manager Sébastien Desabre doesn’t have any fitness worries to report coming into this match.

We’ve got the feeling that Niort are capable enough to find the net against this Quevilly-Rouen lineup, but that probably won’t be as many as the goals that they could concede.

We are anticipating a very close game with a 2-1 winning margin for Quevilly-Rouen when all is said and done. It’s a very tough call. 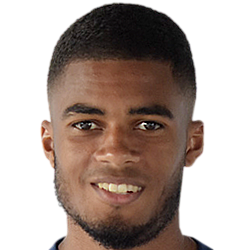 Customarily deployed in the Centre Midfield position, Garland Gbellé was born in Montbéliard, France. After having played his first senior match for Quevilly-Rouen in the 2021 - 2022 season, the gifted Midfielder has hit 3 league goals in this Ligue 2 2021 - 2022 season to date in 10 appearances.

We have made these Quevilly-Rouen v Niort predictions for this match preview with the best intentions, but no profits are guaranteed. Please always gamble responsibly, only with money that you can afford to lose. Good luck!