Return to this page a few days before the scheduled game when this expired prediction will be updated with our full preview and tips for the next match between these teams.
Full-Time Result Prediction
👉
Northampton Town to Win

Northampton Town will take to the pitch with away team Oldham Athletic at Sixfields Stadium in the League Two meeting on Tuesday.

The only scorer from Northampton Town was Mitch Pinnock (60'). Charles Vernam (67') scored for Bradford City.

Northampton Town haven’t had any problems with scoring, netting in one hundred percent of their last 6 games.

They have totted up the amount of 11 during that time while also conceding a total of 5.

Leading up to this clash, Northampton Town:

Oldham Athletic come into this match following on from a 3-2 League Two win as they beat Port Vale in their previous match.

The numbers tell their own story, and Oldham Athletic have been scored against in 5 of their last 6 games, seeing opposing sides hit 13 goals overall. At the back, Oldham Athletic certainly have room for improvement. That kind of trend might not be continued into this game, though.

Analysis of their past results shows that Oldham Athletic:

Checking out their prior head to head duels stretching back to 28/02/2017, there has been little to separate the clubs with Northampton Town winning 2 of those games, Oldham Athletic 2 and 2 being drawn after 90 minutes of play.

Loads of goals were seen in those games, too - 27 overall at an average of 4.5 goals per meeting.

The last league fixture featuring the two was League Two match day 17 on 02/11/2019 which ended up with the score at Oldham Athletic 2-2 Northampton Town.

The Northampton Town manager Jon Brady has zero fitness concerns to speak of coming into this game owing to a completely injury-free squad to choose from.

Owing to a fully injury-free group to choose from, the Oldham Athletic manager Keith Curle does not have any fitness worries to speak of ahead of this match.

When taking all factors into account, Oldham Athletic will manage to find the back of the net against this Northampton Town side, although that possibly won’t be as many as they will have scored against them.

We think that it’s going to be a close game with a 2-1 win for Northampton Town by the time that the referee blows the final whistle. It should be a decent one. 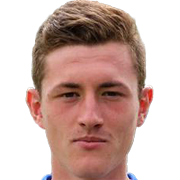 Customarily played in the Centre Midfield position, Paul Lewis was born in England. Having made his senior debut playing for Macclesfield Town in the 2013 - 2014 season, the accomplished Midfielder has managed to score 4 league goals in the League Two 2021 - 2022 season to date in a total of 15 appearances.

We have made these Northampton Town v Oldham Athletic predictions for this match preview with the best intentions, but no profits are guaranteed. Please always gamble responsibly, only with money that you can afford to lose. We wish you the best of luck.