Notts County will do battle with the visiting Sutton United at Meadow Lane Stadium in the National League match on Tuesday.

Notts County enter this match following on from a 1-1 National League stalemate against Altrincham.

The only scorer from Notts County was Rúben Rodrigues (45'). Alistair Smith (24') scored for Altrincham.

Notts County have found it difficult to unlock defences in more recent games. Their sum of goals equals just 4 against opposing sides during the course of their previous 6 outings. In those games, The Magpies have also seen the number of goals against them come to 10. Previous results aside, we’ll just have to find out if that trend shall be sustained in this upcoming match.

Sutton United come into this meeting following a 3-1 National League win vs Aldershot Town in their last match.

For Sutton United, goals were scored by Donovan Wilson (8') and Louis John (45'). Ricky Miller (23') was the scorer for Aldershot Town.

A series of effective performances by the Sutton United defenders has resulted in their ‘goals against’ tally amounting to 3 from their previous 6 clashes in total. Over that same time, their own forwards have managed to score 8.

The last league match between these clubs was National League match day 4 on 13/10/2020 which finished with the scoreline of Sutton United 0-1 Notts County.

Looking at personnel, there is just a single fitness concern for the Notts County manager Ian Burchnall to be concerned about thanks to an almost full-strength group. Callum Roberts (Hip Injury) misses out.

Thanks to a fully injury-free squad available to select from, Sutton United boss Matt Gray doesn’t have any fitness worries to report before this game.

We think that Notts County will need things to go their way to be putting a goal past this Sutton United side who we reckon will do enough to score at the other end and edge ahead.

Therefore, we predict a good battle with a 0-1 win for Sutton United at the end of this one. 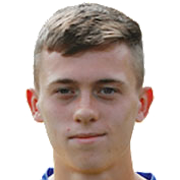 Mostly deployed in the Striker position, Jimmy Knowles was born in England. After having played his first senior match for Notts County in the 2020 - 2021 season, the dangerous Forward has hit 6 league goals in the National League 2020 - 2021 season to date in 24 appearances.

We have made these Notts County v Sutton United predictions for this match preview with the best intentions, but no profits are guaranteed. Please always gamble responsibly, only with money that you can afford to lose. Good luck with your selections.