Valenciennes FC will arrive at Nouste Camp on Saturday for the Ligue 2 showdown with home side Pau FC.

Pau FC will want to continue from where they left off last time out with the 0-1 Ligue 2 triumph vs Stade Lavallois.

The only scorer from Pau FC was Mons Bassouamina (87').

It’s not been often in recent times that Pau FC haven’t conceded. The facts show that Pau FC have seen their defence breached in 5 of their previous 6 clashes, letting in 9 goals in the process.

Looking at their past form shows that Pau FC:

Last time out, Valenciennes FC drew 1-1 in the Ligue 2 tie with Rodez.

The only name on the scoresheet from Valenciennes FC was Marius Noubissi (73'). Kyllian Corredor (52') was the scorer for Rodez.

Nicolas Rabuel's Valenciennes FC have slotted home a total of 7 times in the course of their previous 6 matches. The total of goals that have been scored against them during the equivalent period equals 7.

The previous league game featuring these clubs was Ligue 2 match day 26 on 26/02/2022 which ended up with the score at Valenciennes FC 1-0 Pau FC.

Thanks to a fully injury-free group available to choose from, the Valenciennes FC manager Nicolas Rabuel does not have any fitness worries to speak of ahead of this clash.

In our opinion, Valenciennes FC and Pau FC should both be able to find the back of the net here although it’s difficult to select a clear winner.

A draw looks like a realistic possibility, but we’ll see what happens. Our tip is therefore for a very close game with a 1-1 draw at full-time. 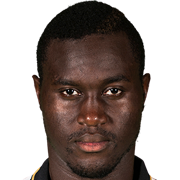 Generally taking up the Central Attacking Midfielder position, Henri Saivet was born in Dakar, Senegal. Having made his senior debut playing for Girondins de Bordeaux in the 2007 - 2008 season, the talented Midfielder has managed 4 league goals in the Ligue 2 2022 - 2023 campaign so far coming from a total of 7 appearances.

We have made these Pau FC v Valenciennes FC predictions for this match preview with the best intentions, but no profits are guaranteed. Please always gamble responsibly, only with money that you can afford to lose. Good luck with your selections.