The League One match at Weston Homes Stadium on Saturday will see home side Peterborough United take to the field against opponents Port Vale.

Our Peterborough United v Port Vale predictions, statistics and match poll can be seen below including the latest game odds.

Peterborough United, buoyed by their previous result, will be hoping for more of the same after a 3-0 EFL Trophy triumph versus Tottenham Hotspur U23s.

Ahead of this clash, Peterborough United are unbeaten in the league by Port Vale in their last 2 matches.

Port Vale head into the match after a 0-4 EFL Trophy win to beat Shrewsbury Town in their last match.

Darrell Clarke's Port Vale have had reason to celebrate scoring a total of 10 times in the course of their latest sextet of matches. The overall goals that have been scored against them during that same period adds up to 5.

Going into this encounter, Port Vale haven't been defeated by Peterborough United when they have played them away from home in the previous 2 matches in the league.

Checking out their prior head to head meetings dating back to 06/09/2014, there is nothing to separate the two clubs with Peterborough United winning 2 of those games, Port Vale 2 and 2 being drawn in normal time.

In all, 21 goals were yielded between them during those clashes, with 12 for The Posh and 9 being from The Valiants. That is an average goals per game value of 3.5.

The last league clash between these sides was League One match day 30 on 04/02/2017 when it finished Port Vale 0-3 Peterborough United.

It doesn’t get much better regarding selection, with just one fitness concern for the Peterborough United manager Grant McCann to be concerned about thanks to an almost full-strength group. Kell Watts (Knee Injury) is sidelined.

Due to a completely healthy squad available to choose from, the Port Vale manager Darrell Clarke has zero fitness concerns at all ahead of this match.

In our view, Port Vale will have to work hard as a team to put one past this Peterborough United outfit who we think might well just have the edge.

That’s why we have predicted a very even match with a 1-0 advantage for Peterborough United at full-time. 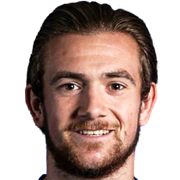 Normally deployed in the Striker position, Jack Marriott was born in Beverley, England. Having made his senior debut playing for Ipswich Town in the 2012 - 2013 season, the gifted Forward has contributed 4 league goals in this League One 2022 - 2023 season so far coming from a total of 9 appearances.

While we have made these predictions for Peterborough United v Port Vale for this match preview with the best of intentions, no profits are guaranteed. Always gamble responsibly, and with what you can afford to lose. We wish you the best of luck.