Scroll down to see all of the predictions, poll and statistics for Pogon Szczecin v Piast Gliwice - plus the latest betting odds.

Pogon Szczecin will play in this match following a 2-2 Ekstraklasa stalemate versus Śląsk Wrocław.

It has been all too rare in recent games that Pogon Szczecin have shown defensive steel. The facts show that Pogoń have failed to prevent opponents from scoring in 5 of their previous 6 matches, giving up 8 goals on the way. That kind of pattern might not be carried forward into this match, though.

Piast Gliwice go into this meeting after a 2-0 Ekstraklasa win to beat Jagiellonia Białystok in their most recent outing.

For Piast Gliwice, the goalscorers were Piotr Parzyszek (12') and Jorge Félix (14').

A run of accomplished displays by the Piast Gliwice defence has seen their ‘goals against’ tally standing at 4 from their previous 6 clashes combined. In that period, the number of goals that they have scored themselves amounts to 6. We will see whether or not that trend will be sustained into this next match.

Leading up to this clash, Piast Gliwice:

Inspecting their prior head-to-head clashes stretching back to 21/04/2018 tells us that Pogon Szczecin have won 1 of them and Piast Gliwice 2, with the number of drawn results being 3.

A sum of 6 goals were yielded between them throughout the course of those matches, with 1 for Pogoń and 5 netted by Gliwice. This gives an average number of goals per game equal to 1.

The previous league encounter between the two was Ekstraklasa match day 18 on 08/12/2019 when the final score was Pogon Szczecin 1-0 Piast Gliwice.

Thanks to a completely injury-free squad to choose from, Piast Gliwice manager Waldemar Fornalik does not have any fitness worries whatsoever before this match.

Pogon Szczecin will need to apply a lot of pressure to breach the defence of this Piast Gliwice lineup who will likely get the win and a maybe even keep a clean sheet as well.

We therefore fancy a highly competitive game with a 0-1 win for Piast Gliwice at the end of this game.

Over/Under 2.5 Goals Prediction for Pogon Szczecin vs Piast Gliwice
Under 2.5 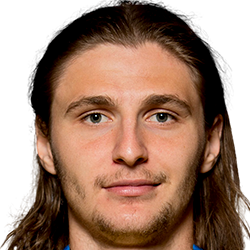 Customarily deployed in the Striker position, Paweł Cibicki was born in Malmö, Sweden. After making a first senior appearance for Malmö FF in the 2013 season, the gifted Forward has hit 3 league goals in the Ekstraklasa 2019 - 2020 campaign so far in 12 appearances.

We have made these Pogon Szczecin v Piast Gliwice predictions for this match preview with the best intentions, but no profits are guaranteed. Please always gamble responsibly, only with money that you can afford to lose. Best of luck.