Return to this page a few days before the scheduled game when this expired prediction will be updated with our full preview and tips for the next match between these teams.
Full-Time Result Prediction
👉
Tsarsko Selo to Win

Tsarsko Selo will be facing visiting opponents Pirin at Arena Tsarsko Selo in this First League clash on Sunday.

Our Tsarsko Selo v Pirin predictions, statistics and match poll can be seen below - plus the latest betting odds.

Tsarsko Selo head into this match after a 0-0 First League drawn game versus Lokomotiv Sofia.

Fewer than three goals per game were recorded in 5 of the last 6 fixtures where Tsarsko Selo have been participants. Breaking down the goal split in this period, their opponents scored a total of 4 while Tsarsko Selo managed the sum of 6. We will just have to find out whether or not that trend will end up being sustained in this game.

Their prior results show that Tsarsko Selo:

Pirin come into this meeting following a 0-1 First League win to beat Botev Vratsa in their previous game.

In that game, Pirin managed 52% possession and 7 attempts at goal with 1 on target. The scorer for Pirin was Stanislav Manolev (20'). Botev Vratsa got 6 shots on goal with 3 on target.

A tendency of at least one side getting a clean sheet in games featuring Pirin has been noticeable in recent matches. Checking on their last six games shows that this has occurred 5 times. During those clashes, opposing sides have managed a goal total of 7 while Pirin have scored 6.

The last league encounter featuring the two was First League match day 1 on 18/04/2022 and the score finished Pirin 0-2 Tsarsko Selo.

On that day, Pirin managed 52% possession and 8 shots on goal with 3 of them on target.

At the other end, Tsarsko Selo had 9 attempts on goal with 5 on target. Lucas Willian (40') and Ventsislav Hristov (45') scored.

The referee was Dimitar Dimitrov.

The Tsarsko Selo boss Stefano Maccoppi has no fitness worries whatsoever before this match owing to a fully injury-free squad ready to go.

Due to a fully healthy group to choose from, the Pirin boss Radoslav Mitrevski doesn’t have any fitness worries to report before this match.

We feel that Pirin would be disappointed if they were not to put one past this Tsarsko Selo team, although that realistically won’t be enough to avoid defeat.

We’re tipping a close game with a 2-1 victory for Tsarsko Selo by the time that the referee blows the final whistle. Should be an interesting one. 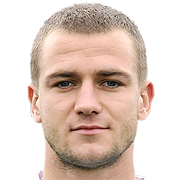 Generally taking up the Striker position, Ventsislav Hristov was born in Sofia, Bulgaria. After having made a senior debut playing for Montana in the 2010 - 2011 season, the gifted Forward has scored 4 league goals in the First League 2021 - 2022 campaign to date from a total of 10 appearances.

We have made these Tsarsko Selo v Pirin predictions for this match preview with the best intentions, but no profits are guaranteed. Please always gamble responsibly, only with money that you can afford to lose. We wish you the best of luck.