Tottenham Hotspur come into this game after a 0-1 Premier League win in the defeat of Fulham in their most recent fixture.

The trend of at least one team not managing to score in games involving Tottenham Hotspur has been evident in recent matches. Looking at their last 6 games shows that this has occurred 5 times. During these clashes, their opponents have hit a goal tally of 8 while Tottenham Hotspur have scored 8. We shall soon find out if that trend will end up being sustained here.

The Preston North End boss Ryan Lowe will be thankful to have no fitness worries to speak of coming into this clash thanks to a completely healthy group to pick from.

Due to a mostly full-strength group of players, there’s just the lone fitness worry for the Tottenham Hotspur boss Antonio Conte to be concerned with. Richarlison (Hamstring Injury) won’t be playing here.

We’ve got the feeling that Preston North End are dangerous enough to breach the defence of this Tottenham Hotspur lineup, although just one goal may not be enough to avoid defeat.

We therefore reckon that it will be a very close game with a 1-2 victory for Tottenham Hotspur after 90 minutes. There shouldn’t be much in it, either way. 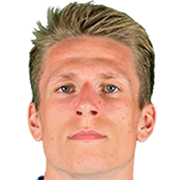 Regularly deployed in the Striker position, Emil Riis was born in Hobro, Denmark. Having played his first senior match for VVV-Venlo in the 2017 - 2018 season, the dangerous Forward has scored a sum of 5 league goals in this Championship 2022 - 2023 season to date from a total of 24 appearances.

While we have made these predictions for Preston North End v Tottenham Hotspur for this match preview with the best of intentions, no profits are guaranteed. Always gamble responsibly, and with what you can afford to lose. Best of luck with your selections.