Schalke will be hosting away side RB Leipzig at Veltins-Arena in the Bundesliga 1 clash on Tuesday.

Scroll down for all of our predictions, poll and stats for the Schalke v RB Leipzig game (plus the best game odds).

Schalke will be wanting a better result here after a 3-0 Bundesliga 1 losing effort in their last game against Eintracht Frankfurt.

Schalke have struggled with their forward play in recent times. Their goals record stands at just 3 vs opposing sides during the course of their last 6 fixtures. In those meetings, Schalke have also seen the number of goals against them total 11. Such a pattern isn’t assured to be carried forward into this game, though.

In the game prior to this, RB Leipzig drew 1-1 in the Bundesliga 1 match with Bayern Munich.

A succession of steadfast showings by the RB Leipzig defence has resulted in the number of goals they’ve conceded amounting to 4 from their previous 6 outings in total. During the same period, their forwards have scored 15.

Looking at their past form shows that RB Leipzig:

Looking at their prior head-to-head clashes dating back to 28/10/2018 tells us that Schalke have won 1 of them & RB Leipzig 4, with the tally of drawn matches being 1.

In all, 17 goals were shared by the two clubs throughout the course of those matches, with 3 of them from Schalke and 14 netted by Leipzig. That’s an average goals per game of 2.83.

The last league meeting between these clubs was Bundesliga 1 match day 20 on 06/02/2021 when it finished Schalke 0-3 RB Leipzig.

On that occasion, Schalke managed 36% possession and 3 shots at goal with 1 of them on target.

RB Leipzig manager Marco Rose has not got a full squad to pick from. Péter Gulácsi (Cruciate Ligament Rupture) and Christopher Nkunku (Torn knee ligament) are names that won’t be on the team sheet.

We’re envisaging that Schalke will really need to work well to see themselves scoring against this RB Leipzig side who will likely get a goal themselves and run out victorious.

We therefore think that it’s going to be a very even contest with a 0-1 advantage for RB Leipzig at the end of the match. 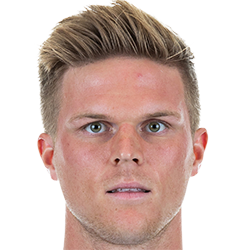 Usually playing in the Striker position, Marius Bülter was born in Ibbenbüren, Germany. Having made his senior debut playing for Magdeburg in the 2018 - 2019 season, the accomplished Forward has contributed 3 league goals in this Bundesliga 2022 - 2023 season to date in a total of 15 appearances.

We have made these Schalke v RB Leipzig predictions for this match preview with the best intentions, but no profits are guaranteed. Please always gamble responsibly, only with money that you can afford to lose. Good luck!