RKC Waalwijk will arrive at Sparta Stadion Het Kasteel on Tuesday for the Eredivisie meeting with hosts Sparta Rotterdam.

To see all of our predictions, user poll & stats for Sparta Rotterdam v RKC Waalwijk, scroll down - as well as the best betting odds.

Sparta Rotterdam will want to continue from where they left off last time out with a 0-3 Eredivisie victory vs SC Cambuur.

Their most recent results really do illustrate the point that much solidity has been shown by the Sparta Rotterdam rearguard. Sparta Rotterdam have kept it tight, with the number of goals that have gone past their goalkeeper during their past 6 matches standing at 3. Let’s see whether or not that trend can be continued on here.

Since a losing effort in their last game against FC Volendam in Eredivisie action, RKC Waalwijk will be aiming to make amends here.

The only player to score from RKC Waalwijk was Mats Seuntjens (63'). Xavier Mbuyamba (69') and Florent Da Silva (81') scored for FC Volendam.

In as many as 5 out of the previous 6 games involving RKC Waalwijk, at least three goals have gone in. The average goals scored per match within that spell is 3.67, with the number of goals averaged by RKC Waalwijk coming out as 1.

Analysis of their past results shows that RKC Waalwijk:

A look at their past head to head clashes stretching back to 21/02/2020 shows us that Sparta Rotterdam have won 3 of these games and RKC Waalwijk 1, with the tally of draws being 2.

A combined sum of 12 goals were scored between them during those clashes, with 8 of them from Kasteelheren and 4 created by RKC. This gives an average number of goals per game equal to 2.

The previous league contest between these sides was Eredivisie match day 8 on 02/10/2022 when it finished RKC Waalwijk 2-2 Sparta Rotterdam.

There aren’t many selection issues, with just the sole fitness concern for the Sparta Rotterdam gaffer Maurice Steijn to be concerned about thanks to an otherwise robust squad. Jonathan de Guzmán (Calf Injury) is out of contention.

RKC Waalwijk boss Joseph Oosting has multiple availability issues to deal with. Michiel Kramer (Back Injury) and Julen Lobete (Unknown Injury) will miss out on this game.

We’re inclined to think that RKC Waalwijk will need to put in a solid display to score goals against this Sparta Rotterdam lineup who we reckon should get a goal themselves and run out victorious.

We therefore see a narrow 1-0 winning score for Sparta Rotterdam at the end of the match. 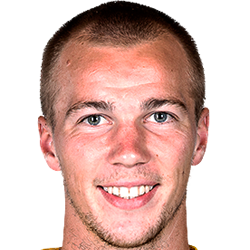 Mostly playing in the Centre Midfield position, Arno Verschueren was born in Belgium. After having played his first senior match for KVC Westerlo in the 2014 - 2015 season, the skilful Midfielder has hit 6 league goals in this Eredivisie 2022 - 2023 season so far in 13 appearances.

While we have made these predictions for Sparta Rotterdam v RKC Waalwijk for this match preview with the best of intentions, no profits are guaranteed. Always gamble responsibly, and with what you can afford to lose. Good luck with your selections.