This San Lorenzo v Tigre live stream video is ready for broadcast on 25/06/2022. Supporters of the teams can watch the game on a live streaming service if this match is featured in the schedule provided above. Here we provide useful info for watching this Superliga game including the most recent team form, h2h clashes and our game tips.

In order to view the game via alternative sources, search for television listings relating to your place of residence. Such broadcasting deals are typically granted on a per-competition/league or even single match level. For matches shown live on regional tv programmes, check the schedules on the likes of BT Sport, Amazon Prime Video, Sky Sports, Now TV, iTV, Canal+, Fox Soccer, ESPN relevant to your current location.

Where the abovementioned broadcaster does broadcast a San Lorenzo v Tigre football live streaming coverage, you can see the game on mobile devices (iPhone, Android including OnePlus) and PC plus tablet (eg iPad, Alba).

Post-game, we might also link to match highlights from time to time. We aren’t responsible for the transmission of any game video content linked to from here. All legal complaints must be done by contacting the hosters/owners of the content.

Our full set of predictions, statistics and match poll for San Lorenzo v Tigre can be seen below (inc. the best betting odds).

San Lorenzo will be looking for another win after a 0-2 Superliga victory versus Central Córdoba.

Over their preceding 6 games, Rubén Insúa's San Lorenzo have managed to score a total of 9 times which gives them an average number of goals per match equal to 1.5.

Since suffering a loss in their previous game against Banfield in Superliga competition, Tigre and their travelling supporters will be hoping that they can get a better result in this one.

In that game, Tigre managed 49% possession and 14 attempts on goal with 6 on target. On the other side, Banfield had 9 attempts at goal with 4 on target. Jesús Dátolo (82') was the scorer for Banfield.

The stats tell the story, and Tigre have been scored against in 6 of their last 6 matches, letting opponents get 12 goals overall. In defence, Tigre can certainly do much better. That kind of trend won’t necessarily follow through into this game, of course.

Ahead of this meeting, Tigre have not been beaten by San Lorenzo when having played them away from home in the previous 3 matches in the league.

Looking at their prior head to head meetings stretching back to 31/03/2014 tells us that San Lorenzo have won 1 of them and Tigre 2, with the number of drawn matches standing at 3.

The previous league contest between these clubs was Superliga match day 1 on 11/08/2018 when it finished Tigre 2-2 San Lorenzo.

In that match, Tigre managed 53% possession and 13 attempts on goal with 4 on target. Goals were scored by Lucas Menossi (5') and Federico González (11').

The referee was Fernando Espinoza.

Due to a fully injury-free group available for selection, the Tigre boss Diego Martínez does not have any fitness worries to report ahead of this match.

We feel that Tigre and San Lorenzo are both capable of scoring here.

A draw looks like a realistic possibility, but we’ll see what happens. We’re therefore seeing a very close game with a 1-1 scoreline after 90 minutes. 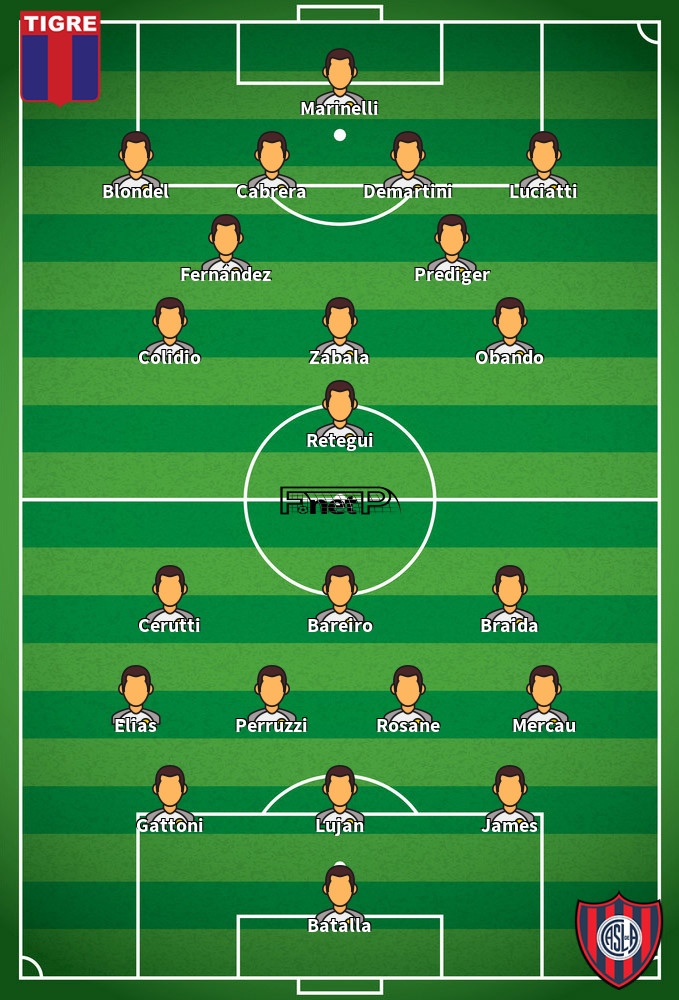 Regularly taking up the Centre Midfield position, Iván Leguizamón was born in Del Viso, Argentina. Having made his senior debut playing for San Lorenzo in the 2022 season, the accomplished Midfielder has accumulated 2 league goals in the Superliga 2022 campaign to date from a total of 2 appearances.

While we have made these predictions for San Lorenzo v Tigre for this match preview with the best of intentions, no profits are guaranteed. Always gamble responsibly, and with what you can afford to lose. Good luck with your selections.

⚽️ Where can I find the predictions for other Superliga matches?

View all of our upcoming (and previous) Superliga predictions & previews here.