This Winterthur v Servette FC live stream video is set to be broadcast on 06/02/2023. Soccer fans can watch this game on a live streaming service if this match is featured in the schedule mentioned above. Here we show useful info for watching this Super League game that includes the most recent team form, head to head clashes and our match views.

To watch this match via other ways, check television schedules in your locality. These broadcasting rights are generally distributed on a per-competition/league or even per-game arrangement basis. For games shown live on regional tv programmes, check the schedules on channels such as BT Sport, Amazon Prime Video, Sky Sports, Now TV, iTV, Canal+, Fox Soccer, ESPN depending on where you are.

Where the abovementioned broadcaster indicates that they have the Winterthur v Servette FC football live streaming coverage, you’ll be able to view it on your mobile (iPhone, Android including OnePlus) and computer or tablet (eg iPad, Lenovo Tab).

After the match finishes, we may also provide a link to highlights from time to time. We are not responsible for transmitting any match video content linked to from this site. All legal complaints must be directed to the hosters/owners of this content.

All Winterthur v Servette FC match predictions, user poll and stats are shown below - plus the latest betting odds.

Winterthur, buoyed by their previous result, will be hoping for more of the same after the 1-0 Super League success against Lugano.

In that match, Winterthur managed 40% possession and 11 shots on goal with 4 on target. The only player on the scoresheet for Winterthur was Matteo Di Giusto (45'). On the other side, Lugano got 15 attempts at goal with 6 of them on target.

Bruno Berner's Winterthur have managed to score 5 times in their last half-dozen outings. The comparative number of goals that they have conceded in those same fixtures is 10.

Coming into this fixture, Winterthur haven't been defeated in their previous 3 league matches at home.

Following on from being beaten in their last game against St Gallen in Super League action, Servette FC and their travelling fans will hope for a better result here.

In that match, Servette FC managed 51% possession and 11 attempts on goal with 6 on target. At the other end, St. Gallen had 24 shots on goal with 8 of them on target. Lukas Görtler (8'), Jérémy Guillemenot (39') and Willem Geubbels (89') scored for St Gallen.

Illustrating their fondness for fruitful encounters, goals have been scored 23 times in the prior six games in which Servette FC have taken to the field, making it an average of 3.83 goals for each fixture. Their opponents have hit 13 from this total. However, it remains to be seen whether that trend shall be maintained here in this match.

Going into this one, Servette FC have not won away from home in their last 2 matches in the league.

The previous league meeting between these sides was Super League match day 4 on 06/08/2022 which finished with the scoreline of Servette FC 1-0 Winterthur.

That day, Servette FC managed 60% possession and 13 shots on goal with 6 on target. The scorer was Patrick Pflücke (81').

On the other side, Winterthur got 12 attempts at goal with 0 on target.

Servette FC manager Alain Geiger has to contend with a number of unavailable players. Boubacar Fofana (Unknown Injury) and Malik Sawadogo (Unknown Injury) won’t be making appearances. Boris Cespedes will not be able to play in this game through being suspended.

When taking everything into account, Winterthur will really need to work well to be putting a goal past this Servette FC outfit who we think will likely score at least once to put them ahead.

That’s why we have predicted a very even match with a 0-1 winning margin for Servette FC when the referee blows for full-time. 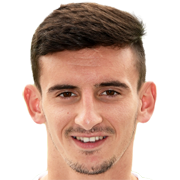 Customarily deployed in the Left Wing position, Samir Ramizi was born in Bujanovac, Serbia. Having made his senior debut playing for Servette FC in the 2012 - 2013 season, the goalscoring Forward has struck 3 league goals in the Super League 2022 - 2023 campaign to date coming from a total of 14 appearances.

We have made these Winterthur v Servette FC predictions for this match preview with the best intentions, but no profits are guaranteed. Please always gamble responsibly, only with money that you can afford to lose. Good luck!

⚽️ Where can I find the predictions for other Super League games?

You can see all of the upcoming (and previous) Super League predictions & previews here.